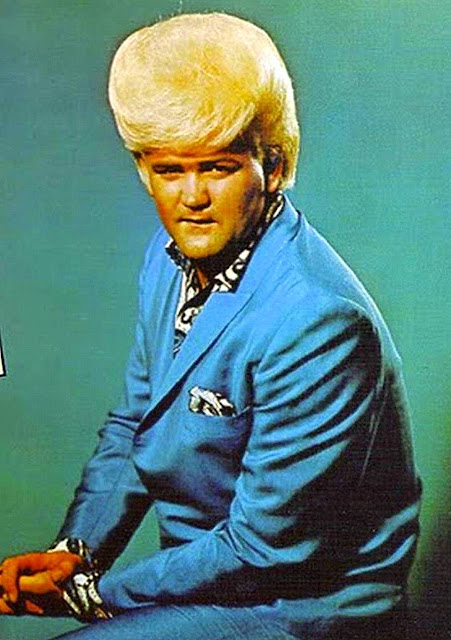 On Nov. 21, while I was on vacation (and taking a break from blogging), a unique force in American music became an ascended master.

That was Wayne Cochran, "The White Knight," known for his gigantic blonde pompadour and his credible take on blue-eyed soul. He was 78.

The Georgia native, who wrote the classic teenage death song "Last Kiss" (a hit for J. Frank Wilson & The Cavaliers, was better known for his high-energy southern soul sound with his band The C.C. Riders -- which at one point included a teenage bass player named Jaco Pastorius, who later became an iconic jazz musician. (Cochran himself had played bass on some early Otis Redding recordings.)

The White Knight didn't have many radio hits of his own. At one point he left the music racket and became an evangelist. Somehow that makes sense.

But his music influenced a lot of people. Check out these videos and you'll get some idea why.