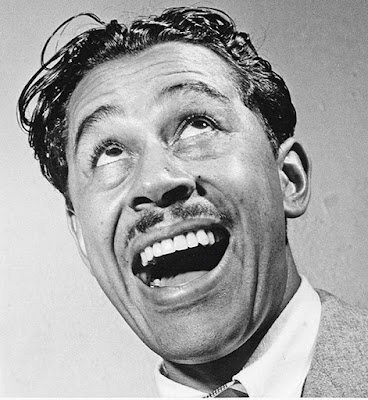 Why yes we did. But I'll make up for it.

Cabell Calloway was born on Christmas Day in Rochester New York 110 years ago. His folks wanted him to be a lawyer like his dad. He did attend law school but his career in law got derailed by the Hi De Ho. By 1930 his band was headlining at The Cotton Club in New York City. And soon he would become one of the greatest showmen American music has ever known.

Enough yack! Let's get on with the jive.

Here's one called "The Skunk Song"

Cab sings Harold Arlen's and Johnny Mercer's "One for My Baby" (and One More For the Road)" and makes it dreamy and sad.

This was one of several follow-ups to Cab's signature song.

And here's the song that made gong-kicking a national obsession. Keep that Hi De Ho in your heart!