OPENING THEME: Let It Out (Let it All Hang Out) by The Hombres
Girlfriend by Ty Segall
Jon Henry by Snakefarm
Jesus' Chariot by Neil Young & Crazy Hourse
St. James Infirmary Blues / Red River Valley by Johnny Dowd
Cocaine Lil by The Mekons
It Ain't Gonna Save Me by Jay Reatard
Pain by Barrence Whitfield & The Savages

Too Many People / Hey Joe by The Leaves
Mad as Hell (in the White Night) by Jean Caffeine
Haunted House by Bazooka
We're Not Alone by Mean Motor Scooter
Late Night by Dinola
Poor Beast, Marginal Man by Rattanson
Closer to Fine by Sicko
Psycho Babe by Bee Bee Sea 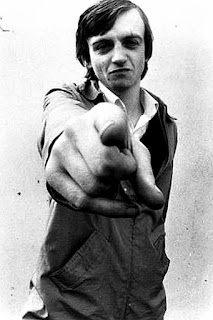 All songs by The Fall


My Baby Joined the Army by Terry Evans
Call on God by Sharon Jones & The Dap-Kings
Don't You Ever Let Nobody Drag Yo' Spirit Down by Linda Tillery with Wilson Pickett & Eric Bibb
CLOSING THEME: Over the Rainbow by Jerry Lee Lewis