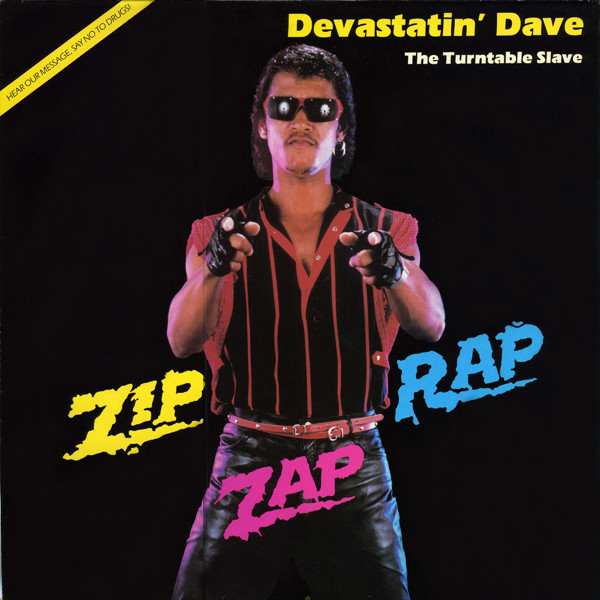 A couple of years ago on a quiet Wacky Wednesday I posted an introduction into the world of White Rap. You can find that masterpiece HERE.

There I quoted Irwin Chusid from his liner notes for the classic 1994 Spy Magazine compilation White Men Can't Wrap.


Let's start off with the works of three classic rockers who, in the 1980s, proved they were down with the hippity hop.

And there's no denying that when Brian Wilson raps, he's still a genius. A very stable genius. Paging Dr. Landy!

Just for the heck of it, here's one of the classic old hillbilly "white rap" tunes like Chusid talked about. This song by Seven Foot Dilly & His Dill Pickles is from a cool compilation called The Roots of Rap.

But there is not, nor will there ever be a white rapper greater than the one and only Devastatin' Dave (the Turntable Slave). Here he is with a positive message for the youth.