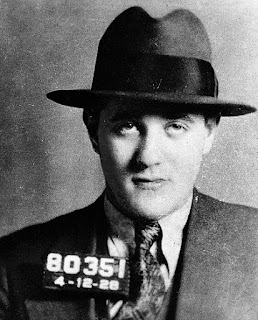 According to the Internet Index of Tough Jews, he was "a gangster who through a combination of movie star looks, murderous prowess and visionary instincts with respect to Las Vegas, established himself as one of the most enduring figures in American pop culture. "

(Personally, I just like the fact that there's an "Internet Index of Tough Jews.")

For Siegel's  birthday here's a scene from Boardwalk Empire in which Siegel, portrayed by Michael Zegen, is being held hostage by Nucky Thompson's organization. Faithful readers should recognize the song.