When I was a younger man going to South by Southwest back in the 1990s, I'd frequently zig-zag across downtown Austin walking great lengths to see the next act. From the old Austin Music Hall to Emo's, then back to Antone's then over to Stubbs' ... I'm getting exhausted just writing about it.

In recent years though I've tried to stay in one area in a night. And Thursday night I managed to stay in one venue -- Hotel Vegas on East 6th Street the whole night (except one short excursion a couple of blocks up the street to a bar where I didn't find any notable music.) Guess I'm getting old and lazy but sometimes that works.

Here's who I heard Thursday night:

* Bubble Puppy. This is the band that brought to Hotel Vegas. They're a Texas psychedelic band from the late '60s known mostly for their one hit "Hot Smoke and Sassafras."

No, it's not because they're old guys. I'm way too old to be an ageist. Besides, two of the greatest rock 'n' roll shows I've seen in recent years -- The Sonics, who I saw in New Orleans in 2013 and Question Mark & The Mysterians, who I saw in New York in 2010 - were old guys by the time I saw them. But both of these bands play with the same abandon and energy that propelled them as youngsters, sticking to their unique original visions.

Bubble Puppy, which features three lead guitarists, are competent musicians. But instead of the crazy energy that I remember from "Hot Smoke and Sassafras" the group seems to have settled into a style I'll describe as "Dad Metal." They seem to have embraced that moment when psychedelic music drifted away from t.he spirit of proto-punk garage music and music became "heavy."

I admit I got to the show late and I assume I missed "Hot Smoke and Sassafras." Perhaps my opinion would have been softened had I heard that.

I did, however, get to Bubble Puppy's set in plenty of time for the drum solo ...

* Yamantaka // Sonic Titan. This was my major music discovery Thursday. It's an avant-garde experimental noise group from Canada that calls its style "Noh-Wave" -- a sly reference to Noh theater, a Japanese musical theater that's been around since the 14th Century. 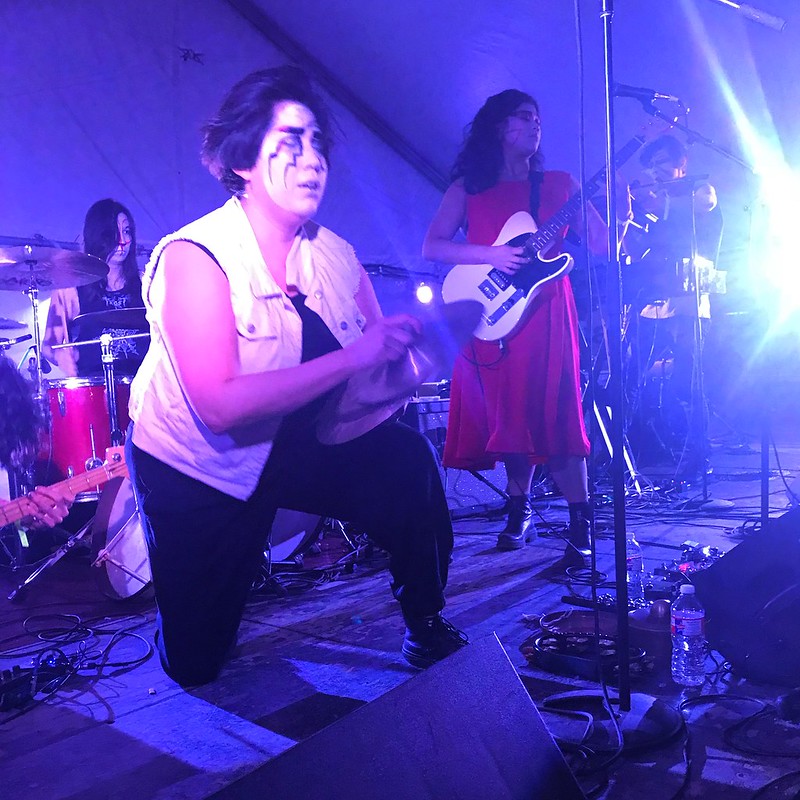 The band has two female singers, one of whom plays guitar, the other playing percussion instruments, including a large round drum and cymbals.

Yamantaka did one number with serious Native American overtones. My first thought was that it sounded like Yoko Ono had produced a pow wow record.

I've got to hear more of this band.


* Holy Wave. This definitely is my favorite psychedelic band from El Paso. They're about to release their latest album Adult Fear.

The sickly sweet aroma of illegal and dangerous marijuana permeated the area in front of he stage as the band started out slow and dreamy.

Slowly and methodically, the music builds. Drums slowly come in and the beat builds slowly. Before you know it, the buzzing guitars build up to the point it seems like they're going to explode. A listener finds himself engulfed.

* Count Vaseline. I didn't even realize the Count was playing tonight. But he turned out to be my favorite act of the evening. 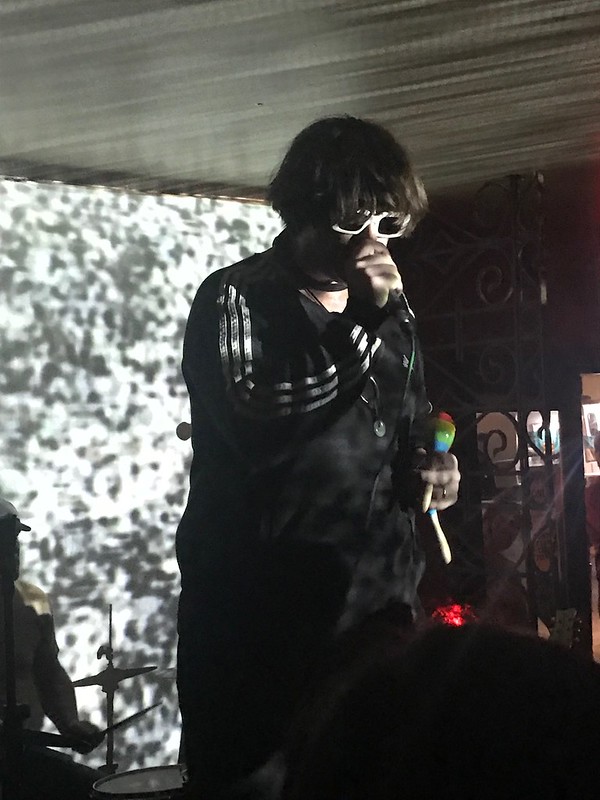 Born Stefan Murphy, Vaseline is an Irish guy with a Beatle Bob hairdo who on stage adopts the persona of a deranged man standing on a soapbox (he actually was standing on a plastic box for much of his set) demanding his crackpot warnings be heard. His band includes a guitarist and drummer, though I also saw Vaseline fooling with some kind of music software on a tablet.

Like Holy Wave, who were still playing outside when Count Vaseline began his indoors performance, Vaseline started off slow. A growling guitar and ominous drums created the atmosphere as the Count went into a Jim Morrison-like vamp like some beatnik shaman. There is more than a little Mark E. Smith from the latter-day Fall in this heady stew.

He sounded like he was trying to stave off Doomsday by prodding the audience to dance.  Occasionally Vaseline would pick up an electric guitar. At one point, he had a tambourine around his neck.

I've gotta say this performance is much different than Vaseline's recent EP Tales From The Megaplex, which is far poppier. While I like that record, especially a Velvetesque song called "John Cale" ("Lou Reed wishes he could be John Cale ...") I like Thursday's version of the Count even more.