I've been going to see The Waco Brothers play the annual Bloodshot Records Party at the Yard Dog Gallery during South by Southwest for more than 20 years now. Not every year. When I started covering the state Legislature back in 2001 I had to start skipping every other year because the last week of the 60-day session always falls during SXSW. And I had to miss SXSW 2010. And there was one year, 2004 I believe, that The Wacos didn't play, though Jon Langford was there with The Mekons and with various other bands he plays in.

But I've been going to see The Waco Brothers at the Yard Dog for more than 20 years now. I guess you could call it a ritual -- a  Dionysian ritual where the frenzy becomes enlightenment.

That's certainty the case this year at the Yard Dog on Friday.

For those not acquainted, The Waco Brothers started off as a country-rock side project for Mekons conspirator Jon Langford back in the mid '90s after he moved to Chicago. The group quickly took on a life of its own, hooking up with Bloodshot, an upstart independent record company in Chicago. They've done 11 albums for Bloodshot. (The only non-Bloodshot record the Wacos did was 2004's Nine Slices of My Midlife Crisis, which was done under the name of  Uncle Dave & The Waco Brothers. Uncle Dave was Dave Herndon, a former editor of New Mexico Magazine.)

Besides Langford, the group have two other lead singers -- Dean Schlabowske and Tracey Dear -- which means you don't get sick of the same voice over and over again. While membership has changed over the year -- and for the record I miss steel guitarist Mark Durante -- Langford, Schlabowske and Dear have been there from the start. And bassist Alan Doughty has been there almost as long.

On Friday, the band stormed through their classic songs -- "See Willy Fly By," "Red Brick Wall," "Plenty Tough Union Made," including some of their most inspired covers like George Jones' "White Lightnin' ," Johnny Cash's "Big River," and Neil Young's "Revolution Blues."

My favorite moment in today's show came after their performance of "Walking on Hell's Roof." In the middle of the song Langford announced a fiddle solo from Jean Cook. However, her microphone wasn't working, so the solo was unheard. You could tell this irked Langford. So, after the mike problem was solved, the band decided to play that part again so Cook could have her solo. It was short but amazing.

I just hope I'm able to go to Waco Brothers shows at the Yard Dog for another 20 years.

* Another great show Friday was Shinyribs' set at a West 6th Street bar called the Dogwood.

I was a huge fan of The Gourds, perhaps the greatest alt-country group to come out of Austin during the great alt-country scare of the late '90s. I'm not sure what happened to them.

But Gourd singer Kevin Russell has carried on with a new band, Shinyribs and done quite well.

Last year they released a fine New Orleans flavored album called I Got Your Medicine. And just recently the band was named band of the year by the Austin Chronicle.

The band includes a horn section (sax and trumpet), two female backup singers, piano and bass, with Russell on guitar.

Dressed in a loud yellow suit he did songs including a medley of ”Hey Pocky Way,” “Shotgun Willie” and at least one other song. At other points in the show he started singing "Helter Skelter" during an unrelated song. And at least a couple of times he made incongruous references to Roky Erikson's "Cold Night for Alligators."

I do miss The Gourds, but Shinyribs is fantastic in its own right. 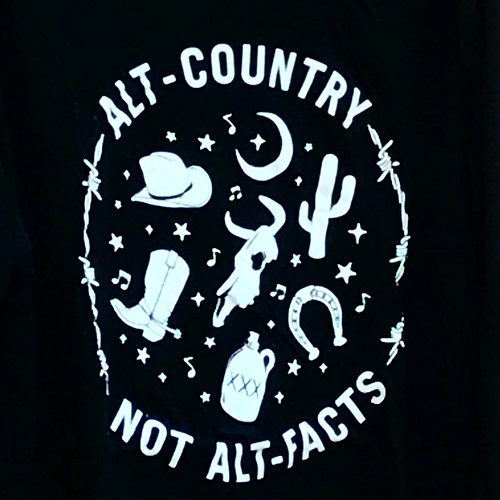