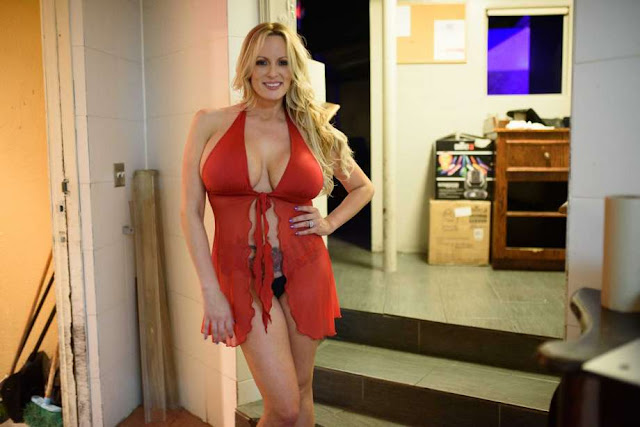 At least for the next 13 minutes or so.

Here are some songs that some of the most important musicians in America have sung about Ms. Stephanie Clifford.

Here is the best song about Stormy, though it's not the best-known version. But we ll know Carlos is far cooler than the late Dennis Yost. (By the way, the singer here is Greg Walker.)

Here's a classic tune called "Stormy Weather" best known for the Judy Garland version. It's performed by The Reigning Sound. I don't think Dorothy done it this a way ...

Every blues act -- from T. Bone Walker to the Allman Brothers to the shitty cover band that's always playing at your local bar -- have sone "Stormy Monday." But I'm pretty fond of this one by Hawaiian bluesman Uncle Willie K., wielding a mean blues ukulele.

Finally, anyone who knows Santa Fe's Jim Terr knew he was going to write a Stormy Daniels spoof. He's probably written several, but this one will touch you ...