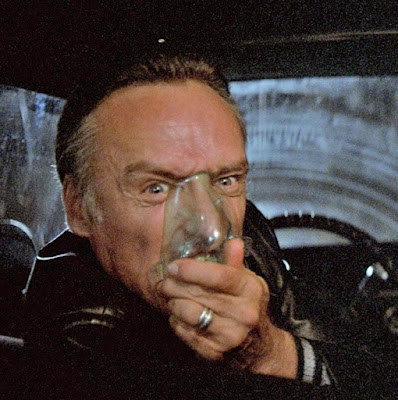 Here's a musical tribute to one of my favorite actors, the late Dennis Hopper. His 82nd birthday would have been today.

Hopper was not a musician. But his greatest films were full of unforgettable music. Here are a few of the songs that helped make those movies resonate.

The 1969 hippie odyssey Easy Rider was full of great music from the heyday of the counter culture. While many tunes in the soundtrack had been big hits before Easy Rider, this one, by a group called The Fraternity of Man, became well-known because of the movie.


This tune by ex-Byrd Gene Clark was the theme song of a 1971 documentary about Dennis Hopper.


Hopper directed a 1988 movie called Colors, which dealt with the Los Angeles gang wars. The title song, by Ice T, is an early example of gangsta rap.

For my money, Hopper's greatest role was the evil Frank Booth in David Lynch's Blue Velvet. With the help of lip-syncher Dean Stockwell, Blue Velvet made a perfectly decent Roy Orbison song into something twisted and perverse.

The candy-colored clown returned with a vengeance in this subsequent scene. 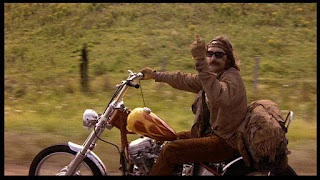