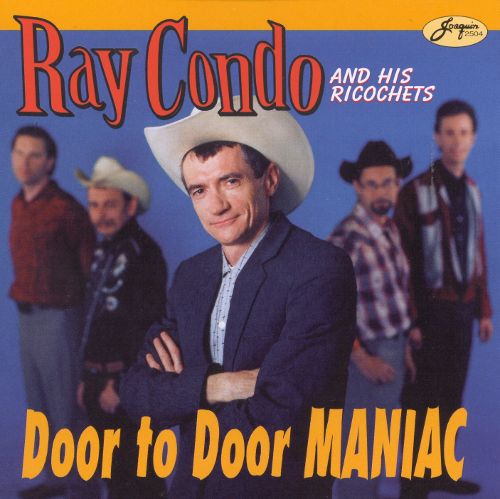 The late Canadian rockabilly Ray Condo, born on this day in 1950, was a natural rocker, mastering that sweet spot where rockabilly intersects with western swing and post-war honky-tonk.

And he also had a humorous edge to his music -- as shown in the title of his album Door to Door Maniac -- which was the title of a 1961 crime movie starring Johnny Cash as a kidnapper. (It was originally released under the name Five Minutes to Live.)

As Condo said in a CBS interview in 2000, "We like to keep a sense of humor about it and kind of keep it on the light side.

Condo was born Ray Tremblay in Quebec. After a stint in a Vancouver punk band called The Secret Vs, the Condo persona didn't emerge until he moved to Montreal in the 1980s. Forming a band called the Hardrock Goners (a play on the name of proto-rockabilly Hardrock Gunter). By the early '90s, Condo moved back to Vancouver, where he started a new group, The Ricochets.

Here are a few samples of Ray Condo's music -- the first two videos being cartoons.

Here is a live video of Ray and boys covering a long-forgotten country novelty song, "I Lost My Gal in the Yukon."

And here's that CBS interview I mentioned earlier.