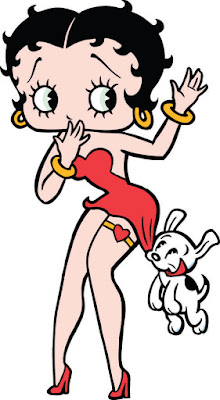 On Aug. 9, 1930, America's cartoon sweetheart made her debut in a cartoon feature called Dizzy Dishes.

Although she would become one of the sexiest cartoon characters of that era -- or any era -- Betty actually started out as a dog.

"...she was designed to be an object of lust for Bimbo, a dog character who was currently the lead in many of Max Fleischer's Talkartoons. Because she was created for Bimbo, she was originally an anthropomorphic poodle character, but she still had her Betty charms.

"The character was based on the looks of singer Helen Kane, best known for her song "I Wanna Be Loved By You," and actress Clara Bow, who was the inspiration for Betty's Brooklyn accent. As Betty proved to be more and more popular, she evolved into a full human by 1932, her floppy ears turned into hoop earrings and her poodle nose was morphed into a cute button nose."

According to The New York Times in 1996:

“Gertrude Stein and Jean-Paul Sartre were said to be big fans of the scantily clad gamine, whose sex appeal and sassy attitude got her into racy situations with legions of lecherous suitors. That is, until 1934, when the Government imposed controls on American movie content, altering Ms. Boop’s wardrobe and toning down her adventures.”

The Betty Boop Youtube channel has collected some of the many songs Betty sang in these videos below. Happy birthday, Betty!


For more Betty on this blog, check out this Halloween post from a few years ago. 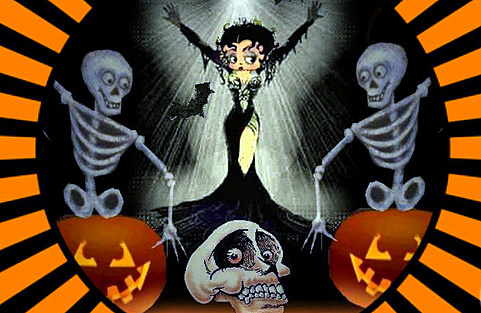