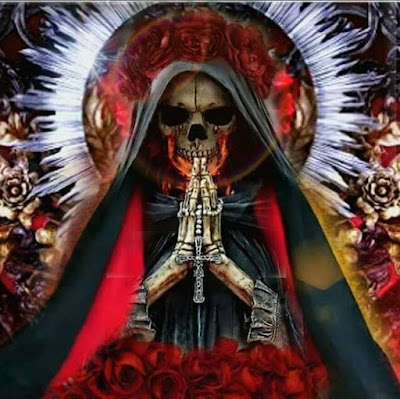 Today, August 15 is the Feast of Santa Muerte.

Fans of Breaking Bad have at least a passing familiarity with the cult of Santa Muerte. Here's what the New York Times had to say in 2017 about this religious movement:

To her followers, Santa Muerte is a powerful healer, a bringer of prosperity, an agent of vengeance. Some ask her for green cards, lovers, health, protection against violent drug cartels or immigration agents. Some ask her to punish their rivals. They call her the Pretty Girl, the White Girl, the Godmother, the Bony Lady and dozens of other names, including Santisima Muerte, most holy death.

Little celebrated before 2001, and rejected by the Vatican, she has garnered a following of 10 million to 12 million devotees in Mexico and beyond — the fastest-growing religious movement in the Americas, said R. Andrew Chesnut, a professor of religious studies at Virginia Commonwealth University and author of “Devoted to Death: Santa Muerte, the Skeleton Saint.” Her following includes drug lords, hard-working families, prisoners and members of sexual minorities.

In honor of her fewast day falling on Wacky Wednesday, here are some songs about death.

The Dubliners go to Finnegan's wake:

Tom T. Hall wrote one of the funniest songs about funerals:

And Elvis Costello had death on his mind back in 1989 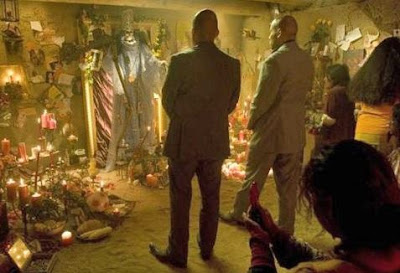