WACKY WEDNESDAY: Deliver the Letter, the Sooner the Better 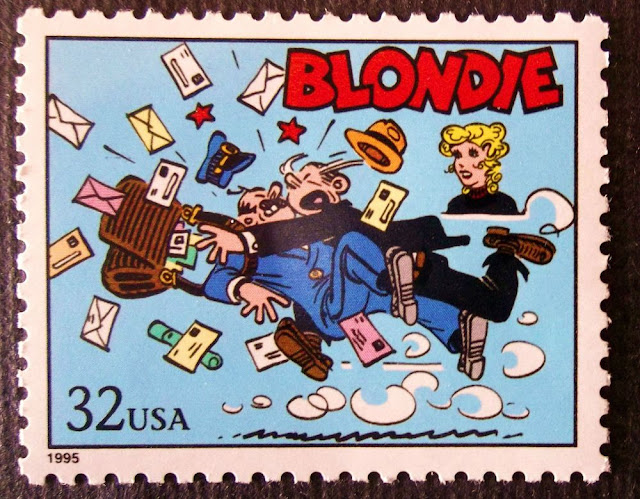 Smarter (and more sentimental) people than I have lamented the lost art of letter writing in this age of email, texting, and other technological advances.

Kids these days ... they only know the U.S. Postal Service as the deliverer of bills and junk mail.They don't know the fear and frustration of waiting day after day for that letter from the one you love and watching the mailman walk past your house -- or the joy you felt when the letter finally arrives.

But not that long ago, handwritten letters, empty mailboxes and even postal workers frequently appeared in popular song.

Just recently I posted here on Ketty Lester and her haunting obsession with love letters (straight from your heart). Here are a few more of my favorite songs about the mail.

The Marvelettes in 1961 captured our hearts with their desperate teenage pleas to a certain federal employee.

Elvis knew a thing or two about the Post Office

A little 1967 garage-pop here from The Five Americans, who for some reason assumed that zip codes, which were adopted by the U.S. Postal Service just few years before, would improve the communication lines of love.


The Box Tops, featuring a youthful Alex Chilton, a Tennessee teen who sounded like Tom Waits' grandpappy. Joe Cocker later covered it. But here's an obscure version by Al Green

From deep in the heart of Texas, here's country weeper by Asleep at the Wheel in the 1970s.

Finally, Taj Mahall wanted to move up to the country and paint his mailbox blue. I wonder if he ever really did that.