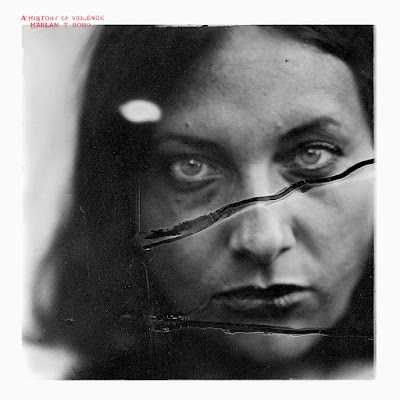 Harlan T. Bobo isn’t exactly a household name — unless you’re a dedicated devotee of the underground rock scene in Memphis. And he seems to consciously choose to cling to his anonymity. Though the singer says he’s legally changed his name to the one you see on his records, like Leon Redbone, he keeps his birth name secret. He’s been known to wear masks at his performances and in general doesn’t seem to have a naked thirst for big-time success and stardom.

But he’s good, and his sporadically released records are well worth seeking out. A great place to start is his latest, A History of Violence, which is his first album since 2010’s Sucker and his best so far.

While there are several stark, moody acoustic songs here, most of the strongest tracks are the ones in which Bobo and his stripped-down band of Memphis mafiosos rage and roar as if they are fighting off demons from a madman’s dreams. These include “Spiders,” “Paula,” and “Town” (yes, he uses one-word song titles), which starts off with Bobo singing, “God damn this town” and proceeds to get even angrier.

Like his first album, Too Much Love, this one is considered a break-up album. It comes in the wake of his divorce. That would put it in the same stratosphere as romance-on-the-rocks records like Bob Dylan’s Blood on the Tracks; Phases and Stages by Willie Nelson; Marvin Gaye’s Here, My Dear; Sinead O’Connor’s I Do Not Want What I Haven’t Got; Back to Black by Amy Winehouse; and Fleetwood Mac’s Rumours. (I don’t care what anyone says, a ripping version of “Go Your Own Way” by Bobo and combo would have sounded great on this album.) Maybe even Frank Sinatra’s In the Wee Small Hours.

However, Bobo claims it’s not really a break-up album at all. In an interview in Memphis Flyer a few months ago, he said, “The fact is, the record has very little to do my marriage. A couple songs are about that, but the rest of it is addressing something that’s disturbed me since childhood, and it’s that aggression wins, you know? It wins out on top of consideration for people, diplomacy, because all those things are very boring compared to the visceral excitation of aggression and violence,” referring to the southern French city of Perpignan, where he lives these days with his young son. “And the place I live in now, it’s not violent like anything in America, but it’s very aggressive. And the way people raise their children and treat each other is really disturbing to me,” he said.

Still, it’s hard not to think that the emotional strain of divorce doesn’t seep into these songs, which are packed with frustration, desperation, and loneliness. Some of the hardest rocking tunes are obviously dark fantasies of wanton violence. There’s “Nadine,” a tragic tale of a cabaret singer, and “Paula,” in which a musical crime spree ends with a disturbing vision of the narrator swinging from the gallows after being dragged through the town by angry citizens.

It’s not the most fierce rocker on the album. One of the most powerful tunes here is the brooding, slow-burning “Ghost,” which invites comparisons with Nick Cave. It’s one of the obvious break-up songs here. The most heart-wrenching verse is a scene from a marriage in which the singer recalls some tensions sprouting from a day at some carnival: “You remember that fish you won at the fair/You said I fed it too much, I said you didn’t feed it enough/Either way, the damned thing died.” But immediately after that bad memory, Bobo’s attention turns away from the fish and toward a child. “That boy’s gonna suffer, and Lord, he’s suffered enough/He’ll make someone suffer from all he’s learned from love ...”

A History of Violence is not easy listening by any stretch. But unless you’re a cold, dead fish, it’s a rewarding listen for the stout of heart and deserves a wider audience. 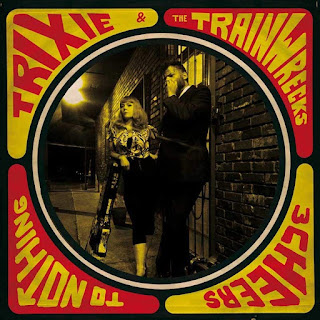 3 Cheers to Nothing by Trixie & TheTrainwrecks. Trinity Sarratt is a California-born singer who moved to Berlin. There she began performing in a number of bands, even doing a stint as a one-person group called Trixie Trainwreck No-Man Band. With the aid of harmonica blower called Charlie Hangdog, she assembled a group, The Trainwrecks, and recorded this album of what their label Voodoo Rhythm Records accurately calls “overdriven-long-gone-broken-hearted-country-blues-trash numbers from the wrong side of the tracks.”

Made up mostly of original tunes, Trixie romps through rough-edged bluesy tunes like “Daddy’s Gone,” “Poor and Broke,” and “Commuter Blues.” She invokes the ghost of Jimmie Rodgers on “Yodelin’ Bayonne Blues” (with the best use of a slide whistle since The Hoosier Hotshots) and does a sweet cover of one of my favorite Hank Williams songs, “Lonesome Whistle.”

There’s an instrumental called “Everybody Goes to Heaven,” though the words in the title appear in the next track, “End of Nowhere.” (Neither is the Mose Allison classic.)

Also this week, check out Terrell’s Sound World, my local radio show on KSFR, 101.1 FM, or ksfr.org, where you’ll hear a lot of spooky tunes in honor of this sacred holiday season. (And you'll also hear a tribute to the late Tony Joe White.) The show starts at 10 p.m. Sunday, Oct. 28.

A Ghost for Halloween