Steven John Hamper — or is it William Charlie Hamper? — of Chatham, England, aka Billy Childish, sometimes records under the name of “Wild Billy Chyldish” and other variations of his pseudonym.

He's a painter, a photographer, a poet, and — let’s go full Kristofferson here — a picker and a prophet and a prolific pusher of a do-it-yourself aesthetic of rock ’n’ roll that is informed by punk, garage, blues, folk, and probably other influences that lesser mortals have yet to uncover.

This infamously curmudgeonly contrarian has been responsible for a crazy number of bands since the mid-’70s, including The Pop Rivets, Thee Milkshakes, Thee Mighty Caesars, The Delmonas, Thee Headcoats (which spawned the all-girl group Thee Headcoatees), The Buff Medways, The Chatham Singers, The Musicians of the British Empire, The Spartan Dreggs, and, most recently CTMF — unless he’s started a new group since I began writing this.

As could be expected, this fifty-eight-year-old artist — who says he’s made more than 150 albums, never using a producer — has recorded on a long list of independent record companies including Sub Pop, Sympathy for the Record Industry, K Records, Amphetamine Reptile, Get Hip, and his own Hangman label.

But when I think of Billy Childish, the first label I think of is Damaged Goods, the British label started 30 years ago by a guy called Ian Damaged (who’s married to a lady named Alison Wonderland). And now, that wondrous label is releasing a two-disc, 37-song 30th anniversary compilation called Damaged Goods 1988-2018, described by the DG media machine as “a selection of top tracks, deep cuts, lost gems, and personal favourites.”

No, Damaged Goods and Billy Childish are not synonymous. DG started out as a punk-rock reissue label, and Childish didn’t start recording for them until 1991 (initially with Thee Headcoats, which served as his major music vehicle through most of the ’90s).

And Childish probably isn’t as well known with the general public as the Manic Street Preachers, who went on to major labels after their 1990 debut on Damaged Goods, New Art Riot E.P. (The title track is included here, but, frankly, it’s not all that impressive.) 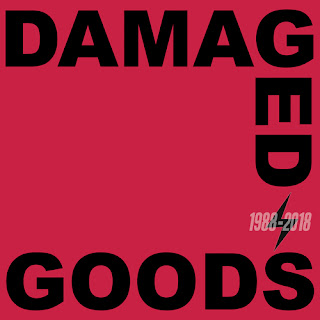 But Damaged Goods began managing Billy’s back catalog a few years ago, and I’d argue that even though he was a little late to the party, he quickly became the soul of the label. I’m not comparing Ian Damaged to Sam Phillips, but trying to discuss Damaged Goods without Billy Childish is like trying to talk about Sun Records without mentioning Elvis Presley.

Besides, Childish is all over this collection.

He’s responsible for a quarter of the tracks on the first disc. Following a cool blast of punk by a guy called Johnny Moped called “Ain’t No Rock ’n’ Roll Rookie,” Thee Headcoats barge in with a tune of classic Childish self-loathing called “Every Bit of Me.” Childish, who has frequently talked publicly about being molested at the age of nine by a “friend” of his family, roars in this song about that defining incident: “He was forty years old inside my jeans/I was nine years old and feeling unclean/He told it’s a secret to keep to myself/I wanted to hate him but I hated myself/with every bit of me, every bit of me ...”

In another Childish song in this compilation, “I Don’t Like the Man That I Am,” recorded with the folk-punk group The Singing Loins, Childish works a similar introspective theme. Backed only by banjo, acoustic guitar, and bass drum, he sings, “I don’t love you ’cause I don’t like the man I am.”

There’s another autobiographical tune, a fierce rocker called “Archive From 1959” (that’s the year he was born) by The Buff Medways, and some weird noodling from Childish and his crony, fellow artist-poet-singer Sexton Ming called “Sing Shed Sing” (a minute and 16 seconds of spoken word over what sounds like a toy organ and chimes). I also like “Are You a Wally?” by The Spartan Dreggs, though I have no idea what Childish is singing about here. (Could it be that I’m a Wally?)

But the best song on the whole collection is “Punk Rock Enough for Me,” by Childish’s CTMF — and don’t ask me what that alphabet soup of a band name stands for. The song is basically a list of musicians, writers, artists, and some inanimate objects, like a cup of tea — all of which Billy considers to be punk rock — sung over a tune that sounds like a hard-edged version of Them’s “Gloria.”

Among this esteemed company are Robert Johnson, Jimi Hendrix (in Beatle boots), Bo Diddley, Fyodor Dostoevsky, Billie Holiday, Nikolai Gogol, and Buddy Holly. And I almost did the Freddie when Childish included the ’60s British band Freddie and The Dreamers. This tune is a dandy put-down of punk-rock purity. 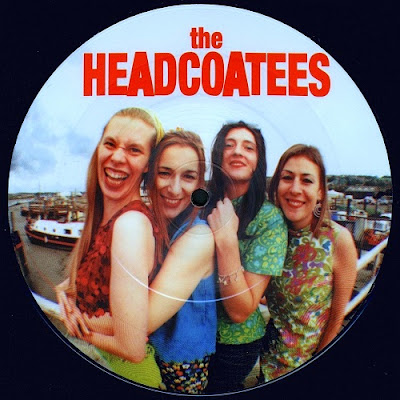 Besides Childish himself, Damaged Goods 1988-2018 includes what might be the most popular song by the lovely and talented Headcoatees, the cool, wacky “Davy Crockett,” which has a melody similar to Don and Dewey’s “Farmer John.”

Even better are some lesser-known songs by former Headcoatees who went on to solo careers. There’s the soulful “Love Pours Out of My Heart” by Miss Ludella Black (I can imagine Sally Timms of The Mekons singing this one) and a couple from the ever-delightful Holly Golightly, who sings a bluesy, sultry “Walk a Mile,” as well as a song with The Brokeoffs, “Just Around the Bend.”

Speaking of girl groups, the best non-Childish tracks on the compilation are by female bands or singers. Thee Dagger Debs sound like a tougher Bay City Rollers on the catchy “Ain’t Worth the Time.” The Period Pains do a tune called “Spice Girls (Who Do You Think You Are?),” while Betty and The Werewolves toast a pop star from a previous era, “David Cassidy.” And speaking of werewolves, The Priscillas have a great spook-rock tune called “All My Friends Are Zombies” just in time for Halloween.

With the music biz imploding and transforming at a near-deadly pace, it’s refreshing to see that a determined independent label like Damaged Goods can last three decades. Here’s to 30 more years for this wonderful company.

Here's some live Billy & The Buffs

Thee Headcoatees were the queens of the wild frontier


And as a special treat, here is my Spotify playlist of various Billy Childish bands, offshoots and related artists.