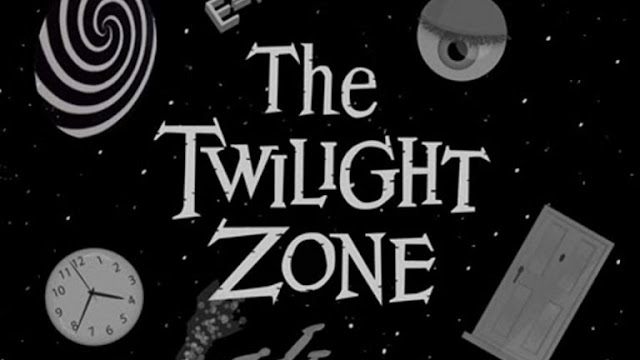 It was 59 years ago -- actually 59 years and a day -- when CBS premiered a new drama anthology series seeped in science fiction, Kafkaesque horror, thinly disguised political and social commentary and just plain weirdness.  Written and produced by Rod Serling, the series was called The Twilight Zone.

"There is a sixth dimension beyond that which is known to man," Serling told America atthe outset of the show. (This later was changed to "fifth dimension.") "It is a dimension as vast as space, and as timeless as infinity. It is the middle ground between light and shadow, and it lies between the pit of man's fears, and the sunlight of his knowledge. This is the dimension of imagination. It is an area that might be called, The Twilight Zone."

The show lasted five seasons on CBS, but was syndicated for years. There have been a few attempts to revive The Twilight Zone, but none were as successful as the original.

While not directly related to the show, The Twilight Zone has inspired a number of songs -- after all it is "the dimension of imagination" -- through the years. So when the aliens serve man, they should include these musical side dishes.

The Dutch group Golden Earring had a hit with this in 1982. (Though it's not nearly as bitchen as their hit from the previous decade, "Radar Love.")

In the early '70s, Dr. John, in his Night Tripper phase, had this peppy little ditty:

In 1979, The Manhattan Transfer incorporated The Twilight Zone's TV theme for this number:

Finally, here's Ministry's take on that place between the pit of man's fears, and the sunlight of his knowledge: