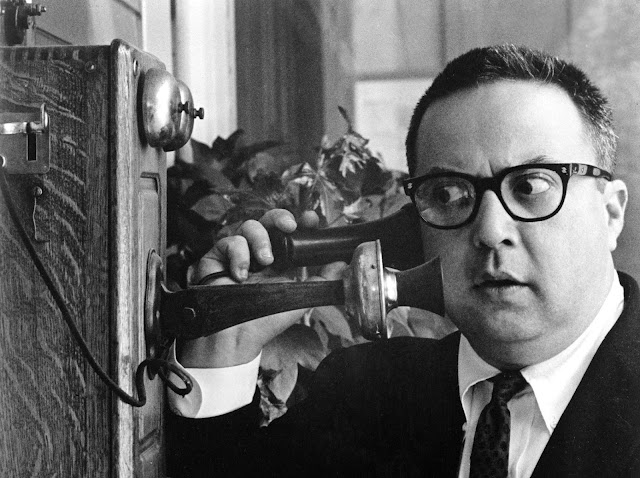 One of my very first Wacky Wednesday posts, back in late November 2014, was about a song by the late great song parodist Allan Sherman, "Pop Hates The Beatles." (I just fixed some broken YouTube links on that four-year-old post.)

Just last week Sherman (1934-1973) came up in conversation on a Facebook thread. It started out in a discussion of another foot soldier in the British Invasion, Petula Clark (who's currently touring the US at the age of 86!)

So I figured it's well past time to salute Camp Grenada's best-known camper again. Besides, his birthday is coming up on Nov. 30.. He would have been 84 -- two years younger than Petula Clark.)

Sherman was a pioneer in body acceptance.

Fans of the new Coen Brothers movie should appreciate this song. (For more on the original song, CLICK HERE.)

And even if Pop hated The Beatles, that didn't stop Sherman from at least one more Beatlemania Bonanza with his spoof on this Lorne Greene classic.