THROWBACK THURSDAY: Some Kind Words for the Ghost of Geeshie 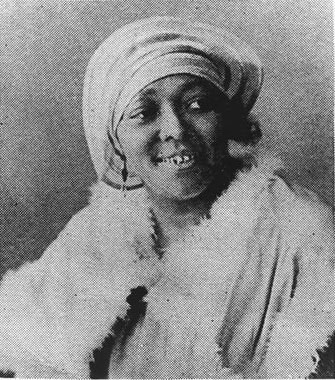 I'm not sure what led me recently to go seek out different versions of one of the most mysterious blues songs ever recorded.

But diving into Geeshie Wiley's "Last Kind Words has its own rewards.

Who is this Lillie Mae "Geeshie" Wiley?

I have been fascinated by this music since first experiencing it, like a lot of other people in my generation, in Terry Zwigoff’s 1994 documentary Crumb, on the life of the artist Robert Crumb, which used “Last Kind Words” for a particularly vivid montage sequence....

... Geeshie’s “Last Kind Words,” a kind of pre-blues or not-yet-blues, a doomy, minor-key lament that calls up droning banjo songs from long before the cheap-guitar era, with a strange thumping rhythm on the bass string.

"Last Kind Words" reminds me of a Dadaist exhibition I saw at the Smithsonian a few years ago. It's
full of death and dread with that "German war" looming in the background. All sorts of references to corpses and deathbed wishes: If I get killed, please don't bury my soul /
Just leave me out, let the buzzards eat me whole."

Here's how Geeshie sang it:

Meanwhile "Last Kind Words" inspired The Mekons to record this song called "Geeshie" on their Ancient & Modern album a few years ago. A wise critic once wrote that Sally Timms "sings it sultry, like a temptress in a speakeasy near the gates of Hell."