OPENING THEME: Let It Out (Let it All Hang Out) by The Hombres
Fishheads by Osaka Popstar
Do Yourself In by Black Joe Lewis & The Honeybears
Louie Louie by Iggy Pop
Haunted by The Sloths
Down i Flames by Alien Space Kitchen
Snake Drive by R.L. Burnside & The Jon Spencer Blues Explosion
Ain't Gonna Take No Mess by Cedric Burnside
Past the Ditch by Lonesome Shack
Telephone Man by Quintron & Miss Pussycat

Bend Over, I'll Drive by The Cramps
Garbage Man by William Shatner
Bikini Girls With Machine Guns by The Cramps

The Wedding Dice by The Flesh Eaters
The Great Rock 'n' Roll Swindle by Lolita No. 18
Biff Bang Pow by Jake Starr & The Delicious Fullness
The Swamp by Slocks 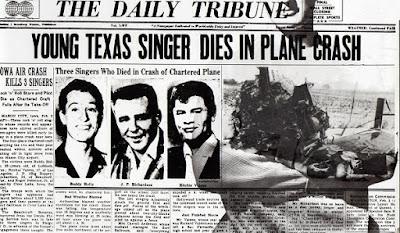