TERRELL'S TUNE-UP: Romping with The Yawpers and The Flesh Eaters

A version of this was published in The Santa Fe New Mexican
April 12, 2018 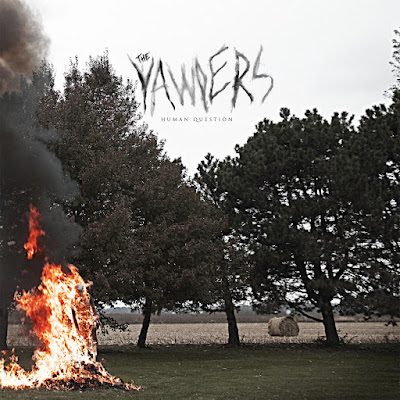 One of my surprise favorite albums of the past few years was Boy in the Well by a trio of Colorado roots rockers called The Yawpers. I’d heard this group’s music several times, even saw them do a live set at the annual Bloodshot Records party at the Yard Dog Gallery in Austin a year or two before the album came out. I’d considered their music OK — tolerable, interesting in spots, but nothing that really knocked my socks off.

But then sometime in the late summer of 2017, I heard a couple of cuts from Boy in the Well, and something clicked. I went back and listened to the whole album, a collection of songs that told a strange story of the bastard son of an American soldier and French farm girl in World War I.

As I wrote in this column back then, I found traces of the Legendary Shack Shakers, the Gun Club, and ZZ Top. (I could list more possible audible ingredients: Mudhoney? Wilco? The James Gang?) In any case, I never did find those socks I’d been wearing that day.

So when the new Yawpers album, Human Question, sprang forth, I was looking forward to it, and just a little afraid I would be disappointed. That fear was unjustified. If anything, I like the new one even more than Boy in the Well.

Unlike their previous album, this is no concept album with a storyline to stick to, though at least a couple of cuts seem to be dealing with singer and chief Yawpers songwriter Nate Cook’s divorce. It’s just good, raw, blues-infused music. It grabbed me and refused to let go in the opening seconds of the locomotive onslaught of “Child of Mercy,” which deals with the putrid pangs of romantic collapse. “… a child of mercy, all the shades are drawn/Flies on the wall and all the furniture’s gone,” Cook sings.

This is followed by an even more brutal romp, “Dancing on My Knees,” which sounds like it came from the border of proto-metal and garage rock. Cook spits, “In the struggle since the altar/the world has taken shape/I’ve found the words I’m looking for but they came a little late .../I’m on to greener pastures/but my neck is in the weeds/I’ve taken all the medicine, but I’ve still got your disease.”

Things get weird in the playful, psychedelic-leaning “Earn Your Heaven.” Here, at the end of a crazed, funky wah-wah guitar solo, Cook shouts — for reasons that escape me — “Ladies and gentlemen, welcome to the crucifixion Harry Connick Jr.!” I’m not sure whether poor Harry is the one being crucified or if he’s just providing a musical backdrop for the spectacle.

While I mostly like the Yawper’s rowdier tunes, there are a handful of slower ones that are hard-hitting. One is the soul-soaked “Carry Me,” the type of song you could imagine being covered by Solomon Burke. It starts off quietly and builds to thunder. Somewhere toward the end of that road, there’s a heartbreaking sax solo as Cook screams in the background.

This song is followed by one of the craziest rockers on the record, “Forgiveness Through Pain,” featuring Cook’s rapid-fire vocals, distorted guitar noise from lead guitarist Jesse Parmet, and Alex Koshak’s bloodthirsty drums.

Between Human Question, the Flesh Eaters’ reunion (keep reading), and the latest Mekons record (yes, I’m still slobbering over Deserted), I’d have to say rock ’n’ roll is off to a great start this year. 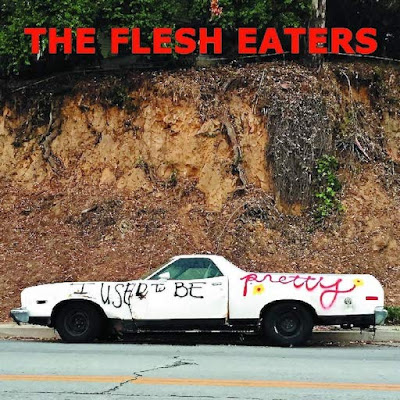 * I Used to Be Pretty by The Flesh Eaters. Here’s a band that rose up during the pioneer days of the great LA punk rock explosion of the early 1980s, a supergroup, really, that in some incarnations would include a who’s who of Southern California punk and roots rock.

The Flesh Eaters had a revolving door of a lineup through the years, but now frontman Chris Desjardins (known as “Chris D,” no relation to Chuck) is back with the same basic band that recorded the critically acclaimed, but still relatively obscure A Minute to Pray, a Second to Die, the group’s second album, released in the year of our Lord, 1981. Players include members of X (the band, not the brand) John Doe (bass) and D.J. Bonebrake (playing marimbas here); Dave Alvin (guitar) and Bill Bateman (drums) of The Blasters, and Steve Berlin of both Los Lobos and The Blasters (sax). Desjardins’ ex-wife and longtime Flesh Eater Julie Christensen also lends some vocals here.

So, yes, it’s a supergroup. And fittingly, the album is downright super. Desjardins — whose voice sounds as if he’s just woken up from a nightmare — and his cronies capture the spirit of the unique bluesy, noirish sounds they were making back at the dawn of the Reagan years. It’s a little more polished than A Minute to Pray, but still powerful and a little bit frightening.

There are some cover songs, including tunes we’ve previously heard by the likes of the Gun Club (another LA band frequently compared to The Flesh Eaters), The Sonics, and Peter Green-era Fleetwood Mac. And there are re-recordings of a few old Flesh Eaters songs, including “Miss Muerte” and “Pony Dress.”

The best songs here are the ones where Desjardins and band get spooky and slinky like they do on “House Amid the Thickets,” where the combination of Alvin’s hard-knuckle blues guitar and Bonebrake’s marimba brings back memories of Frank Zappa’s Ruth Underwood period, and “The Youngest Profession,” on which Desjardins commands “Go crazy!” and both Alvin and Berlin do just that.

And speaking of spooky, the 13-minute “Ghost Cave Lament” is a grand finale and an instant epic. You will believe that flesh has been eaten in that cave.

And now some Flesh Eaters ...