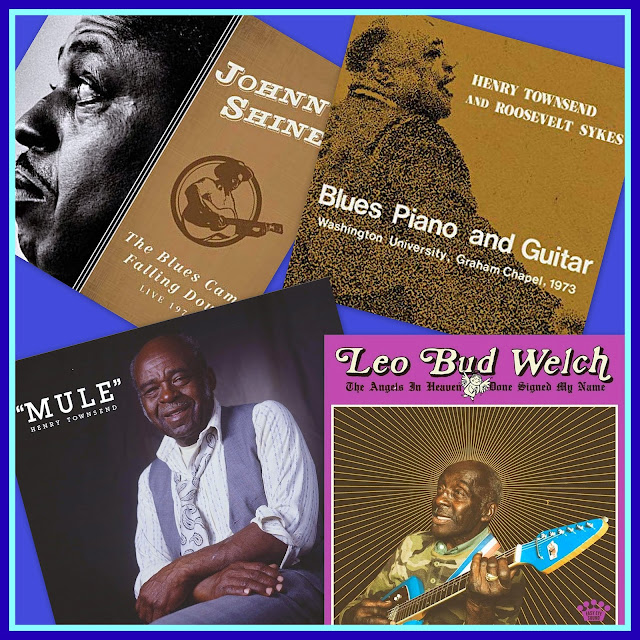 In the few short years it’s been around, Omnivore Recordings (founded in 2010) has become a major reissue/rarities label. Its catalogue includes old, out-of-print albums (and in some cases, new compilations) by some of the true greats in rock, jazz, and country. And don’t forget the blues. In recent months, Omnivore has released several worthy records by venerated bluesmen of yore. Here are some of them — and another one not from Omnivore but worth mentioning. 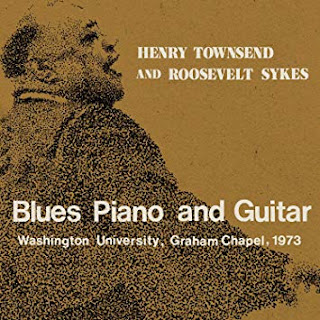 * Blues Piano and Guitar (Live) by Henry Townsend and Roosevelt Sykes. One of the biggest
compliments you can give to any live album is stating, upon listening to it, “I wish I could have been there.” Despite its lackluster title, that’s definitely the case with this 2-CD team-up of Townsend, who supplies the guitar, and Sykes, a renowned blues pianist as well as singer, known as the “Louisiana Honey Dripper.”

Recorded at a February 1973 show at Washington University’s Graham Chapel in Townsend’s adopted hometown of St. Louis (where Sykes lived for most of his early years), this was a reunion show for a couple of old friends — both well into their 60s at that point. They’d first met in the 1920s. Townsend sought out the older, more famous piano man in hopes of learning how to play the instrument. In that process, Townsend taught Sykes some basic guitar. They gigged together, and by the early ’30s, had recorded together.

Armed only with his guitar and voice, Townsend kicks off the show with a song called “Sloppy Drunk Again.” He goes on this way for several songs until he calls his wife, Vernell, onto the stage for a duet on a sweet bluesy “Why We Love Each Other So.” She returns later in the show to sing a tune called “Tears Come Rollin’ Down.”

After that, Sykes comes out for a long solo set, and from this point on he basically dominates the rest of the show. The bulk of his numbers here are nice and filthy, the funniest being “Dirty Mother for You (Don’t You Know).” Here the bawdy old bluesman suggests he’s about to use a dirty word but unexpectedly makes a sharp turn toward the wickedly innocuous.

Townsend and Sykes don’t actually perform any songs together except a couple at the beginning of the second disc. I would have loved to hear more cuts featuring both. Still, I wish I could have been there that night in 1973. 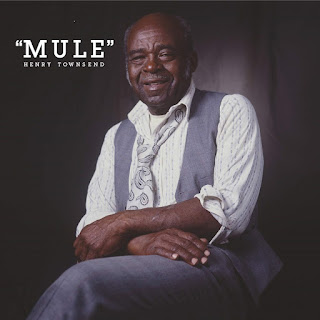 * Mule (Expanded Edition) by Henry Townsend. Originally released in 1980 by the Nighthawk
label, this recording shows Townsend still in fine form. Here he plays piano as well as guitar. This version has the entire original album plus eight previously unissued songs.

On several songs, he’s joined by the great country-blues picker who also started off in the 1920s, Tennessee-born mandolin player James “Yank” Rachell. There’s something about Yank’s mandolin that just makes a song seem spookier. This is especially apparent on “Things Have Changed.” Yank makes the song sound like it’s live from a haunted juke joint.

Vernell Townsend helps her husband sing on another favorite on this album, the ragged but righteous love song “Can’t You See.” She also does a studio version of “Tears Come Rollin’ Down” on Mule, which I like even better than the live version. 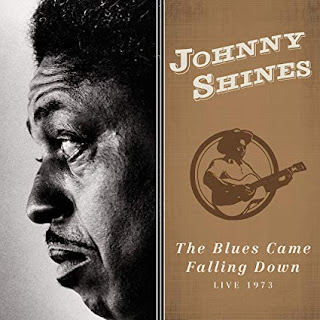 * The Blues Came Falling Down by Johnny Shines. Born in 1915, Shines was a contemporary of Robert Johnson, who he met in the 1930s. The two traveled and played together for a couple of years before Johnson died in 1938. Though long dead, Johnson’s ghost was well represented on this live album, which, like the Townsend/Sykes show, was recorded in 1973 at Graham Chapel. Four songs here are Johnson’s: “Kind Hearted Woman Blues,” “I’m a Steady Rollin’ Man,” the ubiquitous “Sweet Home Chicago” (honestly, I wouldn’t shed too many tears if there were federal legislation enacted that prohibited future covers of this overdone song), and “They’re Red Hot (Hot Tamales),” which is my favorite of these covers, not only because it’s one of Johnson’s least-covered songs, but also because of Shines’ semi-comical 90-mph vocal delivery on it.

This album is almost entirely Shines accompanied by himself on guitar, though Nighthawk Records honcho Leroy Jodie Pierson plays guitar on three songs. The strongest tunes are a potential stoner anthem, “Stay High All Day Long,” and a Blind Willie Johnson spiritual, which Shines said was a favorite of his mother’s, “It’s Nobody’s Fault But Mine.” 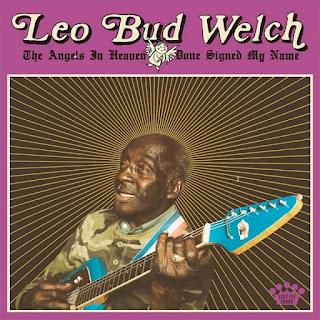 * The Angels in Heaven Done Signed My Name by Leo “Bud” Welch. No, this one didn’t come
from Omnivore. (It’s on a label called Easy Eye Sound.) And technically this isn’t a blues album, but a posthumous collection of gospel tunes from a Mississippi native known just as much, if not more, for his religious material as his blues. But who cares? This goes well with the albums reviewed above.

Welch didn’t release his first record until 2014, when he was in his 80s. His late-blossoming music career was cut short when he died in 2017 at 83. That was shortly after he recorded with Dan Auerbach, formerly of The Black Keys, now a hotshot Nashville producer. The Black Keys started out in the 1990s as a teenage duo that worshipped Fat Possum blues codgers like T-Model Ford.

As a producer, Auerbach mostly was respectful to Welch’s material, though he wasn’t afraid to juice it up to create a gospel-with-a-punch aura. It works best on rousing cuts like “I Come to Praise His Name” and “Don’t Let the Devil Ride.” However, Auerbach’s loud production basically overwhelms “Jesus on the Mainline,” making me long for Ry Cooder’s version of 40-some years ago.

Let there be videos: