THROWBACK THURSDAY: And Her Shoes Were Number 9 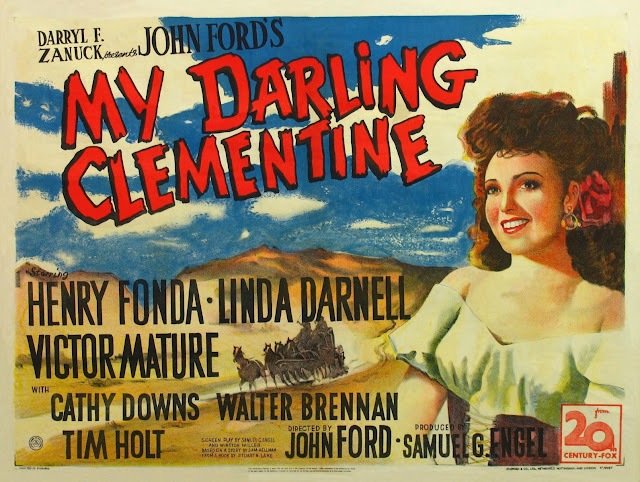 Here's a song I first heard by the Original Blue Dog Democrat:

To this day, I can't hear the song "Oh My Darling Clementine" without thinking of ol' Huck.

The lyric of the song are credited to Percy Montrose, who wrote it and published it in 1884. The melody is similar, if not identical, to an earlier song called "Down the River Liv'd a Maiden," published in 1863, by one Henry S. Thompson.

In the liner notes of his five-volume series American Favorite Ballads (recorded 1957-1962), Pete Seeger wrote "The tune is probably much older. Sounds German to me, but I've been told it was Mexican, early 19th Century."

Who knows? But even by the late 19th Century, people were already messing with poor Clementine. Writer Shaleane Gee, in the excellent blog Murder Ballad Monday says, "In versions of the song credited to Barker Bradford circa 1885, the miners ... make it clear that she gave them a good time. ...
In some versions, the lyrics suggest Clementine was charging the miners fees for her favors, sometimes with the approval or even at the prodding of her poppa."

Sample lyrics from the Bradford version:

Her noble father was the foreman
Of every valued mine,
And ever miner and every ranchman
Was known to Clementine.

But as Gee observes, most modern versions of the song have "scrubbed" such lyrics.

According to some sources, including Seeger's liner notes,  the first recording of "Clementine" was in 1928 by a group called Floyd Thompson and His Hometowners, then six years later by Kentucky country singer Bradley Kincaid.

But I couldn't find either on YouTube or in the Internet Archives. The earliest one I did find was by a singer named John McCready was recorded by ethnomusicologist, Sidney Robertson Cowell at the Arizona Bar in Groveland, Calif. on August 2, 1939  for the W.P.A. California Folk Music Project collection.

In 1946 the song was turned into a movie by director John Ford. It starred Henry Fonda and Linda Darnell as Clementine.

Tom Lehrer had some fun with the song he said had "no recognizable merit whatsoever."

In the early '60s Bobby Darin turned the song into an exercise in fat-shaming. How fat was she? She broke the damned bridge, hardy har har. Then in a moment of raw compassion, Bobby sings, "Hey, I'm no swimmer, but were she slimmer / I might have saved fat Clementine"

Neil Young & Crazy Horse did a mighty version on their album Americana, taking Clementime to new levels of bitchenicity.

And more recently, Johnny Dowd took the song to Mars on his 2018 album Twinkle Twinkle. I think I hear more than a little bit of Huckleberry Hound in this one.