A version of this was published in The Santa Fe New Mexican
June 7, 2018 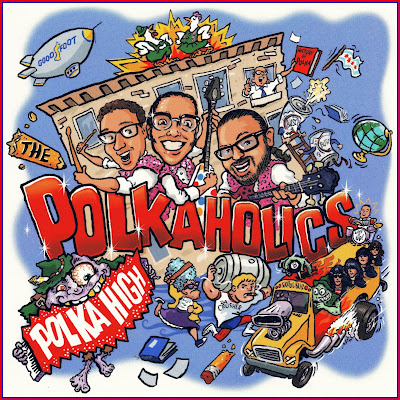 Here is a bunch of crazy rock ’n’ roll records that have been delighting me in recent weeks.

* Polka High by The Polkaholics (self-released). From the land of “Beer, Broads and Brats” (the title of one of their early songs) come this hopped-up, electric “Look Ma, no accordion” polka trio for their first full-length album in a whole decade. This group, led by guitarist, singer, and songwriter “Dandy” Don Hedecker, has a reputation as one of Chicago’s greatest party bands, describing their own sound as “oom pah pow.”

Severe polka purists — I don’t actually know any of these, but I suppose they’re out there — probably hate how The Polkaholics have mutated the genre. And I suppose some serious — or at least self-serious — rockers may dismiss the group (which, in early songs, declared themselves “Polka Enemy Number One” and “The Pimps of Polka” as a novelty act). But who gives a flying darn? Their music is outright infectious. If this be novelty, let us make the most of it.

There isn’t a track on Polka High that doesn’t leave me smiling. But some make me grin wider than others. The boozy, woozy waltz called “My Beer Was Talking to You” is one, as is “Space,” in which the group fantasizes about bringing polka to the final frontier. And the opening track, “Blue Haired Lady,” is a rousing ode to the dream girl of all aging polka lovers.

But best of all is “The Hippies Killed the Polka Stars,” which probably has roots in that old MTV-era song by The Buggles. It’s about how ’60s rock ’n’ roll destroyed polka (“with their long hair and loud guitars”). However, at least in this song, polka is back and those “dirty rotten hippies must pay.” At one point the song becomes a weird battle-of-the-bands of sorts with The Polkaholics alternating between playing some happy polka snippets with familiar old riffs from familiar old rock songs (“In-a-Gadda da Vida” being one of them!), which the “audience” boos.

Yes, most of these are pretty silly. But there’s a serious message here: Don’t discount fun music just because it’s based on something your grandparents thought was fun. Heed these words, my children — and learn to love the polka. 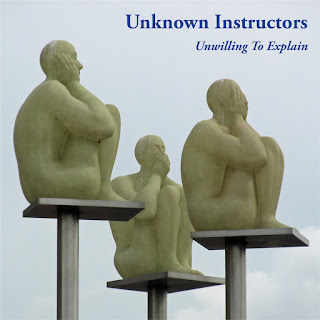 * Unwilling to Explain by Unknown Instructors (Org Music). This band basically is an ’80s indie-rock super group with bassist Mike Watt, formerly of Minutemen and Firehose (and drummer George Hurley of those two bands) along with Dinosaur Jr.’s J. Mascis on guitar and poet Dan McGuire on spoken-word vocals.

It’s a coast-to-coast production with Watt and Hurley recording their parts in their hometown of San Pedro, California, and Mascis adding guitar from a studio in Amherst, Massachusetts, with McGuire doing his parts from Toledo, Ohio. According to a blog post from Watt, McGuire asked Watt to write nine tunes for Hurley and him “to accompany his spiels.” This, he said, is a big difference between the three previous albums, on which, Watt said, the songs were all improvised.

Nevertheless, the music here has a loose, improvisational feel, with McGuire sounding like a coffeehouse beatnik backed by crazy funk-fusion noise.

The Instructors sound most ominous in the slow, intense “Election Day in Satchidananda,” featuring McGuire growling about “piles of corpses” and “the rifle crack at midnight.” The title perhaps is an homage to Alice Coltrane’s classic 1971 avant jazz album with Pharoah Sanders, Journey in Satchidananda. No, it doesn’t sound much like Alice and Pharoah (no harp, sax, or tamboura to start with), but it’s every bit as otherworldly in its own peculiar way. 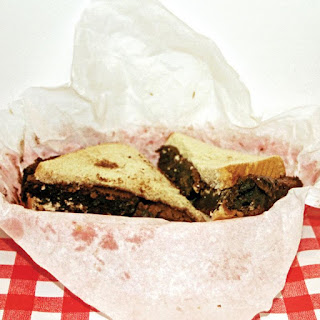 * Fudge Sandwich by Ty Segall (In the Red Records). This isn’t the first covers album the ever-prolific young Mr. Segall has released. He did one a few years ago called Ty Rex, which consisted of his versions of songs by Marc Bolan and T Rex. That one was dandy, but I like this new one (released late last year) even better. Here, Ty covers songs originally performed by a wide variety of artists from Funkadelic to Neil Young, from L.A. punk rockers The Dils to The Grateful Dead.

You know the album’s going to be wild when it starts off with a take on War’s “Low Rider.” It sounds a lot like some nightmarish song by The Residents, except that Segall’s vocals could almost be Tom Waits auditioning for some doom-metal band.

He’s more faithful to the original version of The Spencer Davis Group’s “I’m a Man” (not to be confused with the Bo Diddley song of the same title) and to John Lennon’s “Isolation,” one of the most harrowing cuts on his album Plastic Ono Band.

His fuzzed-out guitar solo on the stripped-down rendition of Funkadelic’s “Hit It and Quit It” might confound George Clinton devotees. But I do believe that Eddie Haze, Funkadelic’s late original guitarist, would understand and appreciate.

While he’s best known for these guitar ragers, Segall displays his softer acoustical side on a couple of Fudge Sandwich songs, most notably an obscure punk song, The Dils’ “Class War” (which starts off quietly but builds up steam) and a tune called “Pretty Miss Titty,” by proto-prog-punk band Gong. (Segal’s version isn’t all that different from the original.)

At the moment, my favorite Fudge Sandwich song is “Archangel Thunderbird,” originally by Amon Düül II, who, according to AllMusic, was named for a “German art commune whose members began producing improvisational psychedelic rock music during the late ’60s.” I haven’t listened to them much before (I’m amazingly deficient in my knowledge of German art commune rock) but Segall’s tough minimalistic blast — with just a trace of “Louie Louie” — makes me want to learn more about them.

Who killed the polka stars?

Ty of the Dead