TERRELL'S TUNE-UP: I Don't Care What They Say, I Won't Stay In a World Without Beatles

A version of this was published in The Santa Fe New Mexican
Aug.2, 2019 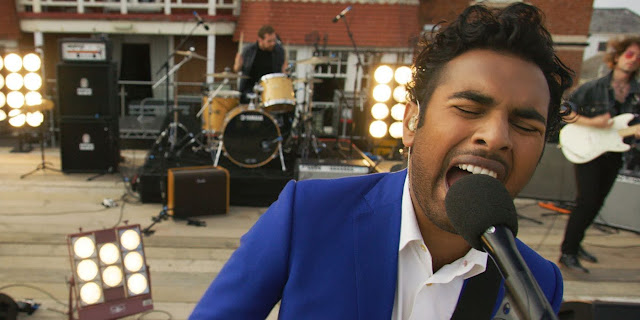 Thirty-some years ago a woman broke up with me. In her attempt to explain, she said something to the effect of “I’m a Beatles person, and you’re an Elvis person.”

She was half right.

It’s true I believed then, as I do now, in the Holy Scripture that says, “Thou shalt not have any kings before thee except Elvis.” (I forget whether that’s in the Bible or the Constitution.)

But it was totally unfair to question my devotion to the Fab Moptops, whose cosmic significance I was convinced of since about halfway through their performance of “All My Loving” on The Ed Sullivan Show that February night in 1964.

So, even though I normally look down upon sappy nostalgia, I wanted to see the movie Yesterday (directed by Danny Boyle). It has an unusual, if implausible, premise. Basically, some kind of trans-dimensional space warp — or something — strikes the Earth and changes history, leaving a world where certain things no longer exist, including Coca-Cola, cigarettes (gee, that’s too bad), and The Beatles.

The only person who remembers the band is a young singer/songwriter/guitar picker named Jack Malik (played by Himesh Patel). He apparently was spared the shared cultural amnesia by the fact that he was hit by a bus while riding his bike at the exact moment a worldwide power outage occurred.

I hate when that happens.

Jack learns of this weird predicament when, after he gets out of the hospital, he tries to sing the song “Yesterday” to a group of friends. They like the song but think it’s a Malik original. They’ve never heard the song and never heard of The Beatles.

And this leads our hero to a glorious scam. If The Beatles don’t exist and nobody’s heard their songs — and if Apple Corps isn’t around to send cease-and-desist letters — he can record them himself and pass them off as originals.

What could possibly go wrong?

Basically, the con job works — at least, at first. Jack cuts some demos that start getting internet buzz. He gets a visit from Ed Sheeran. (He’s apparently a real guy! I Googled him and he’s some kind of musician. Who knew?)

Jack becomes Ed’s opening act, and Ed, nice guy that he is, sets him up with a big-deal recording contract and a comically cold-blooded, cutthroat manager, Debra Hammer (Saturday Night Live’s Kate McKinnon), who immediately became my favorite character. She’s everything that’s wrong with the music industry boiled down into one horrible individual.

But as Malikmania grows to Beatles-like levels, Jack’s feeling guiltier and guiltier. At one point, after performing the song “Help!” in a rooftop concert (reminiscent of the scene in the Beatles documentary Let It Be), he suffers a mini-breakdown, screaming, “Please help me!”

John Lennon would appreciate this particular song being used for this troubling moment. He wrote it during the early days of The Beatles’ superstar status. “The Beatles thing had just gone beyond comprehension,” Lennon told Playboy in 1980. “I was fat and depressed and I was crying out for help.”

The friend who saw Yesterday with me noted that the songs used in the movie overwhelmingly were Paul McCartney tunes. That’s true, and it’s one of my quibbles with the movie. I’m an Elvis person, but I’m also a Lennon person. In general, I prefer John’s songs to Paul’s.

Case in point: When Jack and Ed are having their little backstage songwriting contest — which makes Ed realize what a mighty genius Jack is — which song does Jack choose? “The Long and Winding Road,” which has to be the worst dud The Beatles ever recorded. Producer/murderer Phil Spector, who The Beatles hired to complete Let It Be (the group’s final album), turned a kinda pretty if inconsequential ballad into overwrought orchestral fluff.

Why wouldn’t Jack choose something magical and crazy like “Strawberry Fields Forever,” or even something simple but devastatingly raw, like “No Reply”? Or something to warp everyone’s head, like “Helter Skelter”? 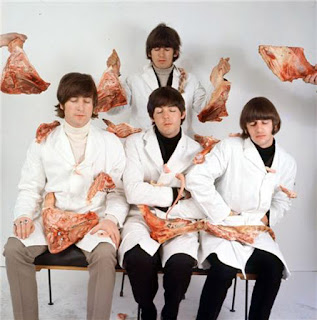 Some critics have made a valid point that the film’s assumption that Beatles songs would conquer the world and make girls scream in 2019 the way they did in 1964 doesn’t hold water.

Even if Jack did have a cold-eyed, soulless manager like Debra Hammer and a big-time rock star like Ed Sheeran behind him, would today’s youth actually like and buy his music, or would they dismiss it as “dad rock”? The movie itself hints at this problem in an early scene when, after Jack sings “Yesterday,” a friend tells him it’s good, but not as good as Coldplay.

But that line of thinking didn’t distract me much while watching Yesterday, any more than the likelihood of a power outage altering history was a deal-breaker.

One reason I can overlook these flaws is because I saw the story as a metaphor for how younger generations seem to forget fairly recent cultural touchstones that were so important to us oldsters.

How many times have I babbled about some old band — or song, or movie, or TV show, or politician — and a younger friend or colleague just stared blankly? That’s as frustrating for me as it is for Jack Malik when his friends don’t know who Ringo Starr is.

Bonus: Had The Beatles Never Existed We'd Have Never Heard These Covers

Headcoatees sing "Run For Your Life."

The Breeders play "Happiness Is a Warm Gun"

Junior Parker IS the "Taxman."


Also these videos never would have existed. 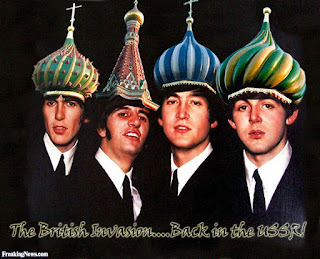