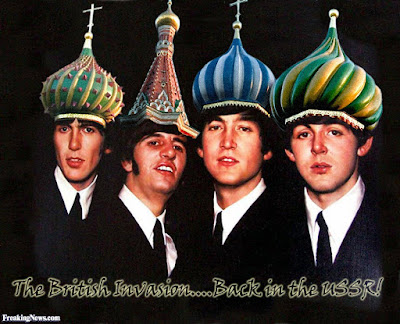 They conquered the world.

And this is how the world showed its gratitude: I give you a sampling of Beatles covers from all around the globe.

Let's start with a Chinese cover of  "And I Love Her" by Techniques Band.

Enjoy a "Yellow Submarine" by Simo Ja Spede from Finland.

Let's "Carry That Weight" with the Hover Chamber Choir of Armenia.

Also from southeast Asia, a version of "Day Tripper" by a band called Starlight, from the glorious Thai Beat a Go-Go compilations.

Charlotte Dada of Ghana sings "Don't Let Me Down."

From Mexico comes Los Apson with their version of "Mr. Moonlight" (which they call "Triste Luna," or "Sad Moon.")

Here's some reggae Beatles by The Heptones from Jamaica.

And some Bollywood Beatles singing "I Want to Hold Your Hand" in Hindi.

Finally, here is described by the guy who posted it called "The worst cover of a Beatles song ever!" I'm not sure who the person who posted called him a "Fat Russian singer who looks like Newt Gingrich." I'm not sure whether this is the Russian Navy behind him, but you've been warned. 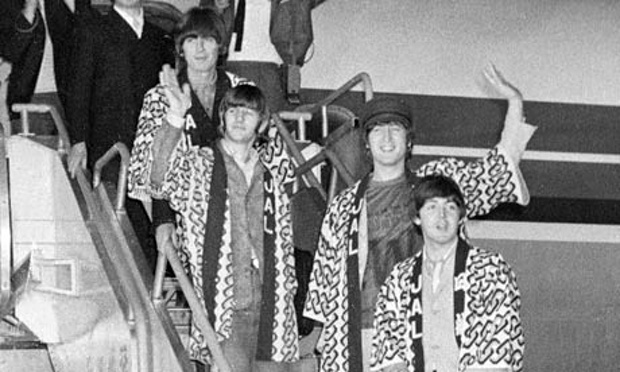