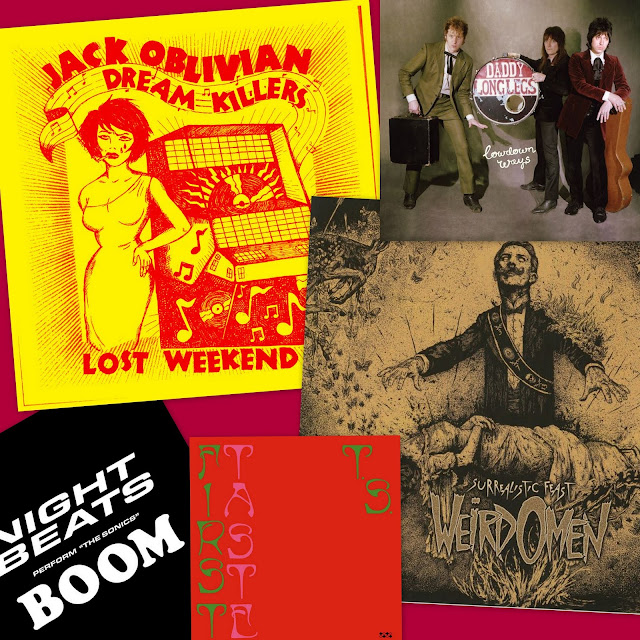 So you kids like the rock ’n’ roll? I sure do. Here are several albums that have been making me happy in recent weeks. 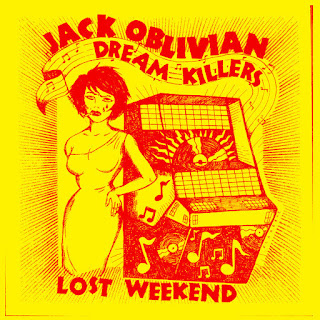 * Lost Weekend by Jack Oblivian & The Dream Killers (Black & Wyatt): The man born Jack Yarber was a member of the iconic 1990s garage-punk trio out of Memphis known as The Oblivians. They split up about 20 years ago (though they reunite every so often, and in 2013, released a fantastic album called Desperation).

This album is a collection of tracks that, according to the record company, are mainstays in Jack’s live shows. Most of the songs were recorded in his home studio, which means the sound lacks a polished sheen but is rich in immediacy.

My favorites are the sweaty, urgent minor-key rockers like “Lone Ranger of Love” and “Scarla,” the latter driven by a slithering slide guitar. Then there’s “Boy in a Bubble,” (no, not the Paul Simon song), which starts out, “I was born on the 15th floor/New Year’s Eve in the Psycho Ward …”

I also like the sleazo, jazzy “Guido Goes to Memphis.” Starting out with a soulful electric piano part (which reminds me of the old Hugh Masekela hit “Grazing in the Grass”), the tune just screams “Memphis!” 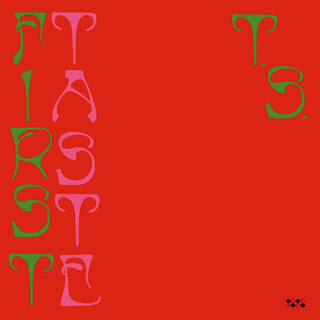 * First Taste by Ty Segall (Drag City): It seems like only yesterday — actually it was early June — Fudge Sandwich, which consisted of wild covers of songs by the likes of John Lennon, Neil Young, Funkadelic, The Grateful Dead, War, and various obscure punk groups.
when I wrote about the prolific Segall’s album.

The ink was barely dry when he released this new one. (And actually, I recently learned that he released a live record, Deforming Lobes, sometime between Fudge City and this one). The kid’s barely over 30, and he’s driven.

Like Segall’s best work, most the songs on First Taste are fuzzed-out guitar attacks. But he also embellishes his sound with tasteful electronics that never overwhelm the rock, a horn section on the five-minute “Self Esteem,” and on at least a couple of songs, mandolin.

Standouts here include the frantic-paced tune called “The Fall” — funny, The Fall never recorded a song called “Ty Segall” — that includes an actual drum solo; the upbeat “I Sing Them,” where you hear that mandolin as well as what sounds like a crazy flute (though I suspect might actually be some electronically altered sound); and the hard-edged “I Worship the Dog,” a profound statement of religious faith. 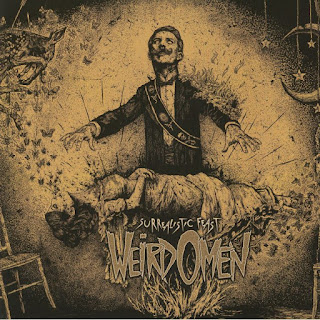 * Surrealistic Feast by Weird Omen (Dirty Water): I was trying to figure out what made this hopped-up psychedelic French trio sound so unique. Then I learned that instead of a bass, Weird Omen has a baritone sax player — Fred Rollercoaster — who used to play with King Khan & The Shrines. Along with guitarist-singer Sister Ray (thank you, Lou Reed) and drummer Remi Pablo, Weird O is an aural treat.

The accurately titled “Earworm” is a 100-mile-an-hour blast, as is the hypnotic but muscular “Trouble in My Head.” But the fast-and-loud aesthetic isn’t the only trick Weird Omen knows. “The Goat” starts out slinky and bluesy but soon transmutates into some kind of audio Godzilla stomping on your city.

And in the last song, “I Will Write You Poetry,” the band mines the rich vein of doo-wop in their own peculiar way. I take that as an omen for more weirdness to come from this inventive band. 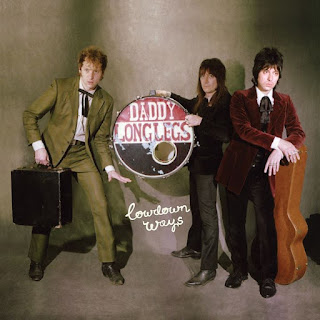 * Lowdown Ways by Daddy Long Legs (Yep Roc): Here’s a blues-stomping trio who rose from the The Vampire, the one they did with R&B maniac T. Valentine) before moving to their current label.
swamps of backwoods Brooklyn, New York, to create an addictive kind-of-rootsy, kind-of punky sound. Led by a long, tall, full-throated singer, guitarist, and harmonica honker named Brian Hurd (originally from St. Louis), DLL recorded three albums on the venerated Norton Records (four if you include

I was afraid that leaving Norton might detract from Daddy Long Legs’ magic.

Naw. They sound as strong as ever.

Like the best lowdown blues, nothing on this album will make you feel low down. Just about every track here is a delight. I never thought I’d hear a blues tune called “Pink Lemonade,” but there’s one on Lowdown Blues, made especially memorable by Murat Aktürk’s tremolo-heavy guitar licks. Other favorites include “Glad Rag Ball” (in which Hurd invites someone “to meet me in the bathroom stall”); and “Célaphine,” in which Hurd’s harmonica sounds like a zydeco accordion. 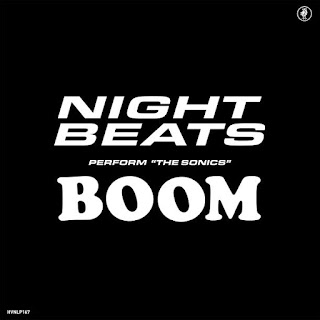 * Night Beats Play The Sonics’ ‘Boom’ by Night Beats (Heavenly): I was happy to see this new album by this garage/psychedelic band from Seattle — mainly because they released an album earlier this year called Myth of a Man that was disappointing. It probably was Dan Auerbach’s pop-heavy production, or maybe it was the fact that two of the three members of the band had quit, leaving singer Danny Lee Blackwell alone with a bunch of studio musicians.

So this tribute to the fabled Washington State band from the ’60s was a nice step back to the Night Beats’ roots.

Blackwell succeeded in taking the older group’s sound and giving it his own twist. This especially is obvious on “Don’t You Just Know It.” This is a funky old New Orleans R&B classic originally recorded by Huey “Piano” Smith & The Clowns in 1958. Night Beats mutates it into a mysterioso, minor-key slow-burner.

I’m not claiming this record puts Night Beats in the same stratosphere as The Sonics — who played what I consider to be the greatest rock ‘n’ roll show I’ve ever seen at the Ponderosa Stomp a few years ago. But I have to admire Blackwell for even attempting this.

One from Mr. Segall;

Weird Omen gets your goat