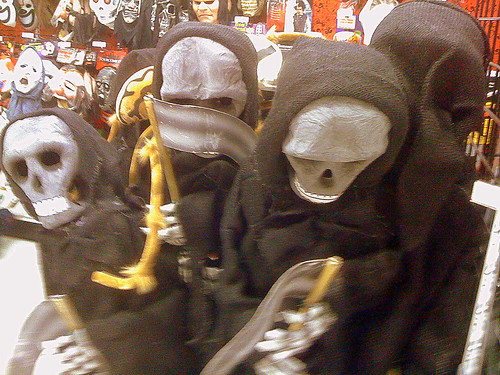 OPENING THEME: Let It Out (Let it All Hang Out) by The Hombres
It's Halloween by The Shaggs
Monsters Holiday by Buck Owens
Swamp Gas by Screamin' Jay Hawkins
The Witch by The Sonics
Zombie Dance by The Cramps
Vampire Sugar by Pussycat & The Dirty Johnsons
Murder in the Graveyard by Screaming Lord Sutch
Devil Dance by The A-Bones
Monster Blues by Dex Romweber
Frankenstein Meets The Beatles by Dickie Goodman

Bloodletting by Concrete Blonde
Stand for The Fire Demon by Roky Erikson
Satan's Bride by Gregg Turner
You've Become a Witch by The Electric Mess
Halloween by Misfits
(I Lost My Baby to a) Satan Cult by Stephen W. Terrell
It Ain't No Sin to Take Off Your Skin and Dance Around in Your Bones by The Pete Allen Jazz Band

2 Big Pumpkins by Elvira
Evil Hoodoo by The Seeds
Halloween Spooks by Lambert, Hendricks & Ross
She's My Witch by Fire Bad!
Don't Meet Mr. Frankenstein by Carlos Casal Jr.
Werewolf by Southern Culture on the Skids
The Witch by Stud Cole
Graveyard by Dead Moon
Hearse With a Curse by Mr. Gasser & The Weirdos
With Her Head Tucked Underneath Her Arm by Rudee Vallee & His Connecticut Yankees

You these spooky tunes. There are 12 hours of Spooktacular music on The Big Enchilada!
CLICK HERE