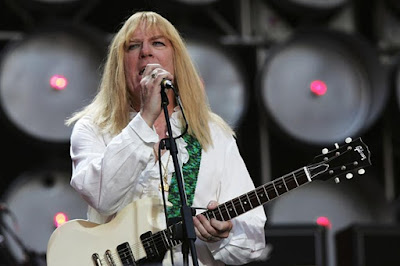 But when I think of Michael McKean, who turns 71 today, I think of David St. Hubbins, guitarist, singer and co-frontman of fictional metal monsters Spinal Tap.

So here's a musical salute in honor of McKean's/St. Hubbins' birthday. Turn it to 11!

Here's a  live performance of "Stonehenge,"

Everyone likes a big bottom!

McKean, along with Christopher Guest and Harry Shearer, also was a member of another band, The Folksmen, who we met in the under-rated Guest movie A Mighty Wind.