OPENING THEME: Let It Out (Let it All Hang Out) by The Hombres
Thin Line by The Darts
Monkey David Wine by Scott H. Biram & Jesse Dayton
Celebration #1 by Night Beats
It's O.K by Dead Moon
Down in Flames by Alien Space Kitchen
I'm Gonna Make You Mine by Shadows of Knight
King of the New York Streets by Dion
Telephone Man by Quintron & Miss Pussycat 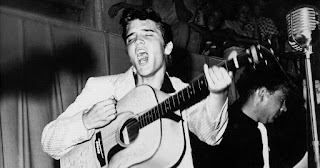 The Conspiracy Song by The Dead Milkmen
Rock 'n' Roll Murder by The Leaving Trains
Man in the Box by Alice in Chains
Crawdad Hole by Jessie Mae Hemphill
I'm Gonna Make You Love Me by Buddy & Julie Miller
Sleeping Without You is a Dragg by Swamp Dogg
CLOSING THEME: Over the Rainbow by Jerry Lee Lewis