WACKY WEDNESDAY: Going Out of My Head 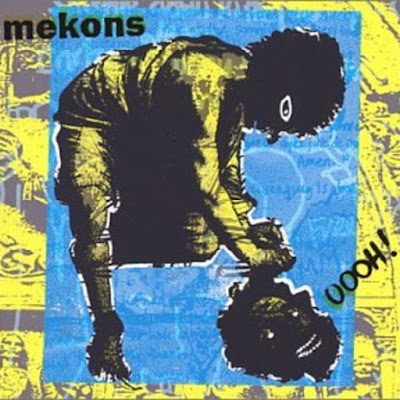 One of my favorite podcasts in recent years is Squaring the Strange, hosted by  New Mexico author Ben Radford, Celestia Ward and sometimes Pasqual Romero. The show is dedicated to bringing  "evidence-based analysis and commentary to a wide variety of topics, ranging from the paranormal to the political," which includes,  "Investigating ghosts. Debunking conspiracies. Dodging chupacabras" not to mention busting phony psychics, various New-Age scams, poorly-source sensational news stories and Satanic panics (although I've been told that if you listen to the show backwards you will get all sorts of Satanic propaganda messages that eventually will enslave you to the Dark Lord.)

And speaking of subliminal messages, Squaring the Strange's latest episode, "The Head Show," which deals with "multi-headed creatures in folklore, conjoined twinning, Miracle Mike the headless chicken, experiments on heads fresh from the guillotine, the Frozen head of Walt Disney, and shrunken heads" filled my head not only with interesting historical information but with some crazy songs.

Here are some of them:

Hasil wasn't the first to explore this theme. Back in the early 1930s, "With Her Head Tucked Underneath Her Arm," which deals with the ghost of Anne Boelyn, an executed wife of British King Henry VIII, was a graveyard smash.


On their album Look Mom, No Head, The Cramps painted a sympathetic portrait of a two-headed transgender person:


Here's one for Miracle Mike from The Magnetic Fields

And here's a souvenir shrunken head from the World's Scariest Band, Deadbolt