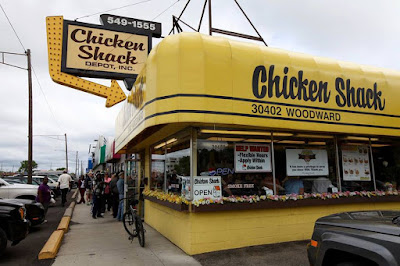 Ain't Nobody Here But Us Chickens by Louis Jordan
A Chicken Ain't Nothin' But a Bird by Cab Calloway
Who Put the Benzedrine in Mrs. Murphy's Ovaltine by Harry "The Hipster" Gibson
Looking For a Man by Esther Phillips
Hide Nor Hair by Lou Rawls
A Certain Girl by Ernie K. Doe
Ooh Poo Pah Doo by Trombone Shorty
When You're Smilin'/ Sheik of Araby by Louis Prima


Want to keep the party going after I sign off?
Go to The Big Enchilada Podcast which has hours and hours of music like this.