THROWBACK THURSDAY: A Christmas Song From My Brother 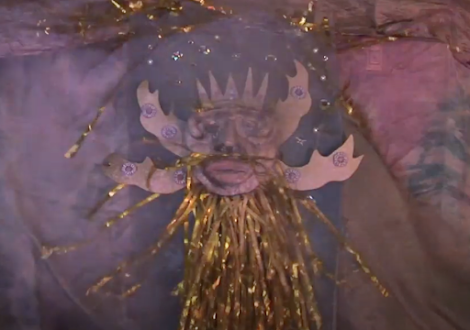 On this Christmas Eve, I'd like to share a beautiful, spooky song that my brother, Jack Clift, first made me aware of back in the 1980s.

Jack recorded this old song under the title "It Being Nearly Christmas Time" for a compilation called A New Mexico Christmas, produced by the good folks at Kludgit Sound in 1986.

But don't expect much ho-ho-ho and mistletoe from this one. It's about a mother who sends her three sons off to sea where they meet their doom. Mom is so distraught she calls on the wind and sea to return her children. And sure enough, right around Christmas they return -- as ghosts. They can't even eat the nice Christmas dinner she made them. Then they have to go back to Heaven -- or wherever their new home is.

Jack's song is a version of an old British folk song called "The Wife of Usher's Well." Like most respectable old folk songs there are countless versions that popped up in the British Isles and the US. Steeleye Span even did a version in the '70s (though, as much as I love Steeleye, I never liked their take on this song.)

But here's a fairly recent version, with a Classics Comics style video, sung by a woman named Marilyn Cowan. Note, in this, as in the case of the earliest British versions of the song, the three children don't return at Christmas. Instead, they come back at Martinmas, the feast of St. Martin, which is in November.

But my favorite version is another one that's connected to my brother. In 2009, my brother and John Carter Cash collaborated with a small army of Nashville stars and Uzbek musicians for an album called Pale Imperfect Diamond. On that record Jack revisited the song, this time under its proper title and with the Peasall Sisters providing vocals.

Merry Christmas and hoping any ghostly visitors are friendly. 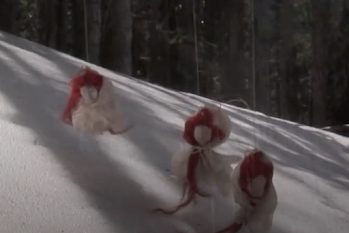