THROWBACK THURSDAY: Have Yourself a Bluesy Little Christmas 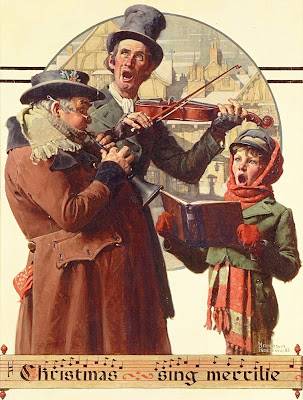 Someone told me that it's almost Christmas.

So here are a few choice musical Christmas treats from the magical realm of blues and rhythm and blues.

Let's start with Reverend Edward Clayborn, aka "The Guitar Evangelist," with a 1928 release called "The Wrong Way to Celebrate Christmas," in which he declares, "While the church is praying, on Christmas day / Other people are roamin' the streets and drinkin' their soul away ..."

Skipping ahead a few decades, a doo-wop called The Youngsters had a hit with a song of the same title.

Back in the '30s, Bumble Bee Slim had a specific request of Santa Claus:

Here's a tune from 1954 from a singer named Jimmy Butler who only wants to trim your tree:

Finally, here's some holiday cheer from 1962 by Huey "Piano" Smith & The Clowns, "Doing the Santa Claus": 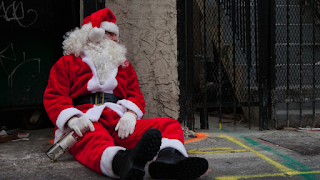