WACKY WEDNESDAY: A Musical Salute to the Corvette 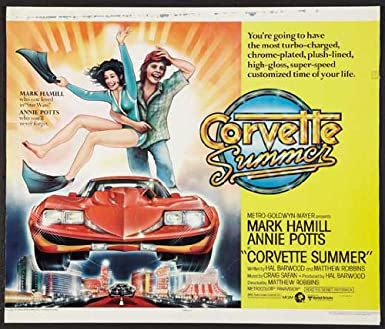 On this day, June 30, in 1953, the very first Chevrolet Corvette rolled off the assembly line in Flint, Michigan. This new American sports car was a major success. Though some generations of the 'Vette have been badged "Sting Ray" or "Stingray," Corvettes are still being made today -- which means the Corvette is a few months older than me!

The new car quickly won a place in pop culture. It was the car in which Martin Milner and George Maharis drove around the country in the tv show Route 66 in the early 1960s. (Chevrolet, of course, was a sponsor.)

And the Corvette inspired many songs in American music. Let's hear some, shall we?

The earliest song about Corvettes I've come across was from 1958, "Corvette" by The Corvettes (not to be confused with the all-girl pop-punk band, Nikki & The Corvettes):

In 1963 Chevrolet decided to call the second generation of Corvettes the "Sting Ray." The Beach Boys celebrated this the same year with "Shut Down," which was about a drag race between "my fuel injected Stingray" and a "Superstock Dodge."

I'm pretty sure that Chevrolet would have been less enthusiastic about this tragic 1964 teenage death song by Beach Boys pals Jan & Dean about about another teenage drag race involving a Sting Ray. (Two years later, Jan Berry would crash his Sting Ray into a parked car on Whittier Boulevard not far from the actual Dead Man's Curve in Los Angeles. He lived, but suffered severe head injuries.)

In the 1980s, George Jones sang the praises of the Corvette -- or was it a long-lost girlfriend?) with "The One I Loved Back Then (The Corvette Song)"

But the best-known song about a Corvette has to be that one by Prince: