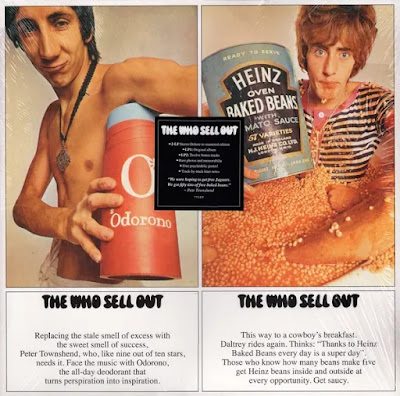 Bob Dylan was a spokesman for his generation.

According to Billboard, his commercial, which debuted during the 2009 Superbowl, also featured rapper Will I. Am, is "the only piece of recorded music history that features the writers of `Visions of Johanna' and `My Humps,' with the latter rapping all over the Planet Waves cut `Forever Young.' The ensuing Super Bowl ad attempts to float the similarities between the two artists, mostly in that they both wear cool sunglasses. Doing it all for the Pepsi."

And unlike Michael Jackson, Dylan didn't even have to catch his hair on fire to do it.

But this hardly was the only t.v. commercial Dylan licensed his songs for or actually appeared in ads for Victoria's Secret, Chrysler, Apple iPods, Chobani yogurt, Google, his own brand of whiskey called Heaven's Door, and probably others I'm forgetting.

And he's not alone.

The world of rock 'n' roll tends to look down at rockers prostituting their pure art for the filthy lucre of the corporate world. In the '80s, John Fogerty preached that sermon in his song "Soda Pop", as did Neil Young in "This Note's for You." I also remember, around this era, Paul Simon on Late Night With David Letterman talking about Simon & Garfunkel being approached by Midas Muffler execs pitching an ad in which "The Sounds of Silence" would be changed to "The Sounds of Midas."

Paul & Artie didn't bite. But Dylan and many others took big bites out of the corporate apple.

That Reed, a serious motorcycle aficionado, would not have been caught dead riding a scooter in real life seemed beside the point. At times, he could be defensive about the ad—“Who else could make a scooter hip?” he challenged one journalist. But he also cited more pragmatic reasons for his decision, and mentioned Andy Warhol, an early mentor of the Velvet Underground, as a model for his thinking. “I can’t live in an ivory tower like people would like me to,” Reed said. “I used to watch Andy do something for TV Guide or Absolut Vodka … When our equipment broke, that’s how it got replaced. We didn’t turn around and tell Andy we can’t touch that money because it came from doing a commercial.

But Open Culture in 2013 said "The spot made a huge splash on Madison Avenue. Its influence could be seen all over the next generation of commercials. But it didn’t sell many scooters."

The piece quotes ad man and author Randall Rothenberg's book Where the Suckers Moon: The Life and Death of an Advertising Campaign: “For all its impact on the advertising industry the Lou Reed commercial did little for Honda. Young Americans had little interest in scooters, no matter how hip they were made out to be.”

But Lou wasn't alone, shilling for Honda in the 80s. Check out Devo's contribution:

And Iggy Pop apparently had a lust for auto insurance

The only disappointing thing about The Rolling Stones when I saw them play in Austin last month is that they didn't perform their classic Rice Krispies jingle from the mid '60s:

And in 1967, the same year as The Who Sell Out, The Who actually sold out! 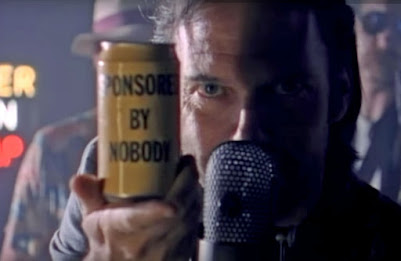