OPENING THEME: Let It Out (Let it All Hang Out) by The Hombres
Nothing at All by The Waco Brothers
You're Humbuggin' Me by Lefty Frizzell
Wolf Teeth by J.D. McPherson
Baby Please Don't Go by Paul Revere & The Raiders
Blue Music Box by Changin' Tymes
Bang Bang by Bang Bang Band Girl
Death Ray by Jon Spencer & The The Hitmakers
Daddy Was a Preacher, Mama Was a Go-Go Girl by Southern Culture on the Skids
Quinn the Eskimo by The Persuasions
Why Don't We Do it in the Road by Lowell Fulson
I Found Out by Nathaniel Mayer
Shotgun Pistol Grip by The Ghost Wolves
Time Ghetto by Bad Decisions
Mr. Boss Man by Harmonique
Frankie, You're a Rat Fink by The Harry Mustang Singers
Gator Farm by Robbie Quine
Whatever Happened to Delilah by The Mekons
Dark Lords of the Mines by Freakons
Subconscious Train of Thought by The Aardvarks
You're Gonna Miss Me by Frontier Dan & The Hickoids
Starry Eyes by Roky Erickson & Luanne Barton
Dig Lazarus, Dig by Nick Cave & The Bad Seeds
Eddie Are You Kidding by Frank Zappa & The Mothers
Just Dropped In to See What Condition My Condition Was In by Mojo Nixon
These Horses by The Sandstoners
YXI by Ekko Astral
Priestess of the Promised Land by Stan Ridgway & Pietra Wexstun
So Much in Love by The Tymes
Tomorrow Wendy by Concrete Blonde
CLOSING THEME: Over the Rainbow by Jerry Lee Lewis 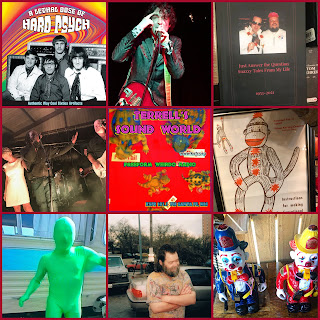