OPENING THEME: Let it Out (Let it All Hang Out) by The Hombres
IN MEMORY OF BO DIDDLEY
(All songs by Bo, except where noted) 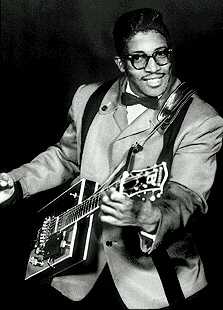 I Fought the Law by Bobby Fuller Four
Johnny Appleseed by Joe Strummer & The Mescaleros
Pier 51 by CARBON/SILICONE
O Leaozinho by Caetano Veloso
Nantes by Beirut
Seems so Long by Stevie Wonder
You Can Never Hold Back the Spring by Tom Waits
CLOSING THEME: Over the Rainbow by Jerry Lee Lewis
at June 08, 2008