UDALL vs. PEARCE ON ENERGY 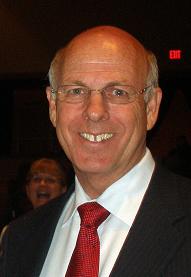 This morning the Pearce camp "demanded" a debate on energy policy with Udall.

"Pearce called for the two camps to begin immediate talks to determine the location and format for the debate," the news release said.

I can't imagine Udall not agreeing to debate with Pearce before the gerneral election, but at the moment when polls show him up by 25 percentage points, I'm betting he's not in a rush.