A version of this was published in The Santa Fe New Mexican
August 21, 2008

Is it just me, or did Gov. Bill Richardson seem rather detached from the special session that was so important for him to call?

He did have a party for legislators at the governor’s mansion Friday night, and he reportedly met with some lawmakers during the session. 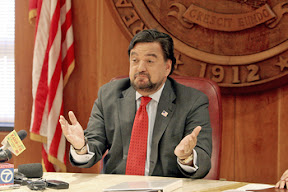 But there was barely a peep from the Governor’s Office during the five-day session, at least not public peeps. Unlike past special sessions, there was no cajoling lawmakers, no threats to extend the session, no denouncing any special interests standing in the way of the legislation he wanted.

And there was no news conference at the end of the session, just a rather ho-hum e-mail statement in which the governor, apparently undaunted by the fact that the Legislature basically cut his proposals in half, said: “While the Legislature did not go as far as I would have liked to cover all children with health insurance, I believe modest, but solid gains were made toward that goal.”

He used the word modest three times in the statement. Has the roaring lion suddenly become modest mouse?

The question of why there was this huge need for a special session in August — a question frequently articulated by several legislators from both parties during the session — has never been answered.

Some lawmakers said the timing was somehow connected with the speech Richardson is scheduled to give next week in Denver at the Democratic National Convention.

On the first day of the session, Sen. John Grubesic, D-Santa Fe, a frequent Richardson critic, said the governor called the session so he would have “a couple of lines for a speech at the Democratic National Convention.” Others took up similar lines of attack, prompting a Richardson spokeswoman to release a statement Sunday saying Richardson doesn’t care about personal attacks.

“Rather, his focus, as it always has been, is on getting meaningful legislation passed to give 50 thousand uninsured children access to health care and provide relief to working families who are struggling because of high gas prices.”

But I don’t believe the special session did much to advance Richardson’s national political ambitions. If Obama happened to glance at any New Mexico papers during his stop Monday, he would have seen headlines about senators blasting Richardson.

And I seriously doubt the special session had much to do with Richardson’s convention speech. He’s bound to bring up some of his accomplishments as governor during the speech. But I doubt he mentions any of the “modest” bills that came out of this curious session. 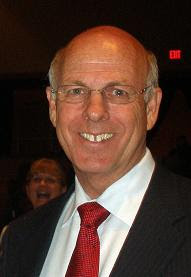 Senate ad wars continue: The television rhetoric is heating up in the U.S. Senate race. The anti-tax Club for Growth — which was denounced during the Republican primary by both U.S. Sen. Pete Domenici and U.S. Rep. Heather Wilson for its ads attacking Wilson as a “liberal,” is now attacking Democratic candidate Tom Udall, who is running against CFG favorite Steve Pearce.

The new anti-Udall ad attacks Udall’s “strange views about property.” Udall believes, the ad claims, “If it’s private property, take it. If it dies, tax it. But if it’s American oil, leave it in the ground.” Udall responded with his own ad calling the CFG “a Washington special interest” that “falsely attacked Heather Wilson.” But the ad is tougher on Pearce, blasting his votes against alternative energy and tying those votes to more than $600,000 in contributions from oil companies. Pearce has consistently denied his votes are connected to his campaign contributions.

Interestingly, Udall’s ad says he favors nuclear energy and “more domestic drilling, including some offshore” — as well as wind and solar energy. The Pearce campaign has attacked Udall for voting against offshore drilling in Congress.

Although Udall’s new ad doesn’t dwell on Club for Growth, recent e-mail from the Udall camp rips into the group, even quoting Republicans Domenici and Wilson. 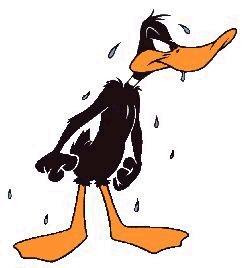 The Club, Udall’s camp points out, has received funds from Houston home builder Robert Perry. Perry is one of the major funders of Swift Boat Veterans for Truth, which ran controversial ads in 2004 against Democratic presidential nominee John Kerry. Many Swift Boat charges against Kerry turned out to be false.

Perry also has been a major contributor to several New Mexico Republican candidates since 2002.

The Udall campaign turned the Club For Growth/Perry connection into a fundraising e-mail. But when I saw the subject line — "Despicable" — I wasn’t sure whether it was from Udall campaign manager Amanda Cooper or Daffy Duck.

Here's the Club for Growth ad followed by the Udall response: