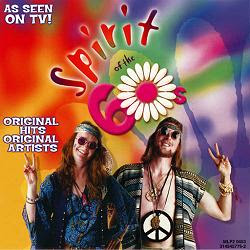 Hats off to Joe Monahan and whatever alligator discovered that the "hippies" in the recent Steve Pearce newspaper ad originally appeared on the cover of some cheesy As-Seen-On-TV album.

Actually when I first saw the Pearce ad, I was reminded of a TV commercial for another album advertised on TV a few years ago. Maybe Pearce can find these guys if he decides to make a television version of the print ad.