This is late and long!
Just as I was about to finish up this post and publish the darn thing about a week ago, eMusic surprised me by bestowing me with 50 extra downloads. That was a "loyalty bonus" for those of us who didn't dump them when they decreased the number of downloads allowed. This post also includes the 25 extra downloads given to loyal members last month. Confused? Don't worry about it. Let's just talk about the music. 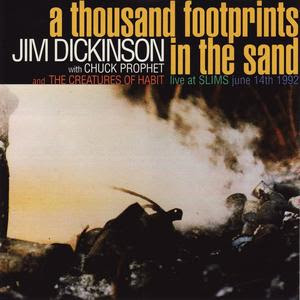 * A Thousand Footprints in the Sand by Jim Dickinson with Chuck Prophet. I didn't even read the info about this album when I pressed "download." I didn't recognize the title, so I just assumed it was the new album by Dickinson, the great Memphis producer who died last month.
But I was wrong. The new one is Dinosaurs Run in Circles. But I wasn't too disappointed. Footprints is a live set from the early '90s featuring Dickinson disciple Chuck Prophet and his band. And it's full of fire and steaming voodoo soul.
Most of the songs are old blues and R&B tunes. There's a lean and mean version of J.B. Lenoir's "Down in Mississippi," which Dickinson shouts as if his life depended on it. There's a straightforward version of "The Gypsy," (an old chestnut recorded by The Ink Spots and Dinah Shore, but my favorite version is by Sam the Sham & The Pharaohs).
He also does what might the the finest song he ever wrote, "Across the Borderline," whose best-known version was sung by Freddy Fender. Jim didn't have the Mayor of Milagro's voice, but his soul still comes through.
Now I have to get my hands on Dickinson's new one. * Lysergic Legacy by The Fuzztones. This is a "greatest hits" compilation by Rudy Protrudi and the boys. Since I didn't have LSD 25: 25 Years of Fuzz and Fury, the Fuzztones best-of that just came out four years ago, I was happy to see this new collection.
Yes, this group's been around in one form or another since the early 1980s, spreading the gospel of Farfisa and fuzz through good times and bad.
Legacy includes a couple of songs from their most recent album, last year's Horny as Hell -- plus several original versions of songs that were reworked for Horny.
It's not quite a "duets" album, but Legacy includes several impressive guest appearances by '60s garage/psychedelic greats. "Get Naked" features the late Sky Saxon. Mark Lindsay of Paul Revere & The Raiders sings on "Caught You Red Handed." James Lowe of The Electric Prunes can be heard on "Hallucination Generation." And the sitar-soaked "All the King's Horse" features both Arthur Lee of Love and Sean Bonniwell of The Music Machine. (Sorry, "Look For the Question Mark" doesn't have the lead singer of The Mysterians.)
And there's not one but two covers of Sonics songs here, "Strychnine" and "Cinderella." The Fuzztones did an Sonics tribute EP a few years ago. 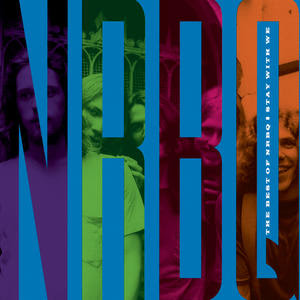 * Stay With We by NRBQ. When I interviewed "Big" Al Anderson a few years a few years ago (you can read that HERE, he insisted that his predecessor, Steve Ferguson was the best guitarist NRBQ ever had and that their first album, the self-titled 1969 release, was NRBQ's greatest album.
I'm still partial to NRBQ at Yankee Stadium and Kick Me Hard, but Big Al's right that early Q was dynamite. This album is a compilation of songs from that first album (10 of the fist album's 14 songs are here) plus a few cuts from Boppin' the Blues, (a 1970 collaboration with Carl Perkins) and lots of previously unreleased tunes from that era. 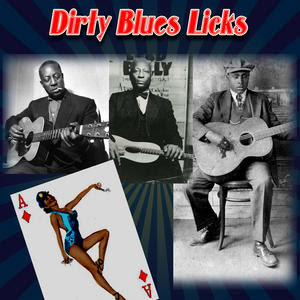 * Dirty Blues Licks by Various Artists. Here's the bargain of the month -- 49 tracks for 12 credits (even though I already owned several tracks -- Robert Johnson, Bessie Smith Bo Carter, Mississippi Sheiks, etc.)
The blues as a genre has made such a strong bid for respectability, some of its modern hawkers would like to forget its down-and-dirty, raunchy past. This collection is a blow against bowdlerizing.
Some of the biggest names in the blues are here -- Smith, Johnson, John Lee Hooker, Lightnin' Hopkins. There's even one from R&B shouter Wynonie Harris
Of course, little if anything in these songs is all that explicit, especially by modern standards.. The singers assume their listeners realize the metaphorical significance of bananas, hotdogs, cabbage and poodles. If these tunes actually offend you, you must not have any lead in your pencil.
This a good companion for another collection I picked up on eMusic years ago, Please Warm My Weiner. 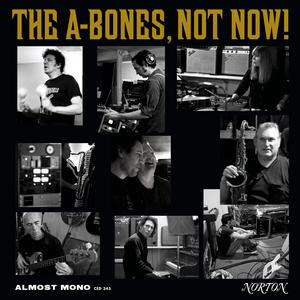 * Not Now! by The A-Bones The album cover is an homage to an ancient Rolling Stones LP. But The A-Bones aren’t one of those neo-Stones bands, such as The Chesterfield Kings, and they don’t sound much like Mick and the lads.
But on this new record they capture some of the spirit of the early Stones, sharing a love for greasy old blues and R&B. In fact, you could argue that the Bones go for greasier, nastier and definitely more obscure source material than did The Stones.
The A-Bones, in case you've never had the pleasure, is a project of singer Billy Miller and drummer/singer Miriam Linna, a couple whose other major project is Norton Records, one of the finest labels in the known universe (and one I regularly turn to on eMusic.)
For my full review of Not Now! CLICK HERE 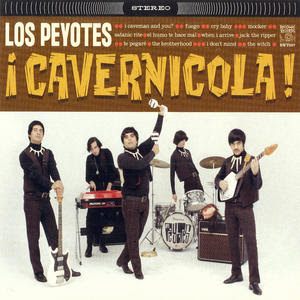 * Cavernicola by Los Peyotes This is an early album by Argentina’s finest garage band, first released in 2005, recently made available in download version by London’s Dirty Water records.

Among their originals, on this record the boys cover crazy old rock songs, Los Peyotes do justice here to the infamous “Fire” by The Crazy World of Arthur Brown (called “Fuego” here), "Jack the Ripper" (Screamin' Lord Sutch's song, not Link Wray's) and “The Witch.” by The Sonics.
Warning to those who took my advice last year and got Introducing Los Peyotes: “El Humo te Hace Mal” and “I Don’t Mind” appear on both albums (and sound like the same versions.) And the "secret bonus song at the end of "The Witch" (no, it's not really a 10-minute version of the song) is "Scream," which also appears on Introducing. 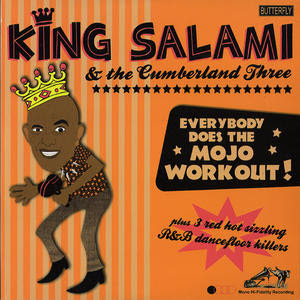 * Do the Wurst , Mojo Workout and Shake It Wild by King Salami & The Cumberland 3. These actually are an EP (Mojo Workout) and two "singles," totalling eight songs.
The London-based Salami reminds me of another "King," namely Khan. Like Khan's work with The Shrines, Salami plays a high-charged melding of soul and punk rock. But The Cumberland Three is a much smaller group than Khan's Shrines, so the sound is more stripped down.
The band tries its hand at surf music on "Uprising." It sounds like "Apache" (complete with tacky faux Indian war cries). And "Birddog" is a takeoff of The Trashmen's "Surfin' Bird."
But my favorite has to be the cover of Bobby Long & The Satellites' "Mojo Workout," a little-known but powerful R&B stomper. You can hear that song in its entirety on the 39th episode of RadiOblivion. 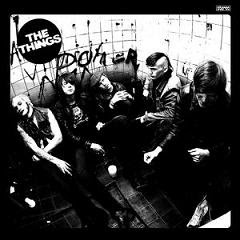 *Some Kind of Kick by The Things. No, not The Pretty Things. Not even The Dirty Pretty Things. Just The Things, a garage-punk band from Dublin that I somehow stumbled across while fooling around eMusic. This album that apparently was released early this year.
Despite their Irish heritage you don't hear much of the olde sod in The Things. They sound nothing like The Pogues -- and thankfully, even less like U2. In fact, if anything, they remind me a lot of The Fuzztones -- heavy on the Farfisa and fury.
There's some cool spooky tunes -- "Psycho Lover," "Demon Stomp" -- but I think my favorite here is "Set Me Free" in which singer Neilo Thing sounds like The Hives' Howlin' Pelle Almqvist.

* Butterbeans & Susie Vol. 1: 1924-1925 Jodie Edwards and his wife Susie Hawthorne were stars of TOBA (Theatre Owners Bookers Association -- or popularly known as "Tough on Black Asses") circuit starting in the 1920s. This basically was Black vaudeville. I wouldn't want to live in that era, but what I'd give to be able to go back in time and sit in the front row at a Butterbeans & Susie show.

The duo sang funny songs about domestic disputes and sex. Decades before The Rolling Stones' "Some Girls," Butterbeans even gave a lesson in the sexual politics of skin color -- "high yellow gals" vs. "browns" in "Brown Skin Gal." They mocked each each other, making wisecracks to punctuate each other's singing. "Is that so?" Susie would say dryly as some Butterbean boast, putting him firmly in place with three little words.
Sometimes there were even insinuations of physical violence. Nobody of course took this literally back then. Joking about domestic violence has been so taboo for so long, such blatant political incorrectness now seems wickedly daring. Besides, Susie was no mousy pushover. "If you raise your hand to hit me, I'll put you under the jail" she sings in "Bow Legged Papa." Note, that's not in the jail it's under the building!
"A Married Man's a Fool," Butter declares in the song of the same title. And yet the two stayed married until Susie's death in 1963.
Most of the songs feature simple piano accompaniment, though King Oliver -- the King Oliver! -- sits in on cornet on "Kiss Me Sweet" and "Construction Gang."
This collection was taken from old 78s and Document Records made no effort to clean up the scratching. (Some songs, like "You Ain't Talkin' to Me" are nearly unlistenable.) Even so, this record, as well as Vol. 2, which I've owned for years, is just sheer delight.

* Eight Miles High/Makes No Sense No Sense at All (single) by Husker Du. It says single, but it's really four songs. I got it for "Love is All Around" -- yes, the Mary Tyler Moore theme (written by Buddy Holly crony and sometimes Cricket, Sonny Curtis!). There's also Husker's fantastic cover of The Byrds' "Eight Miles High." Because of some weird policy, you can't download individual songs for this work, it's all four or nothing, so to get the others, I had to download the song "Makes No Sense at All" even though I already have the tune on the Flip Your Wig album.
Plus

* "Strutting with Some Barbecue" by Louis Armstrong & His Hot Five. I got this for my latest podcast. Classic Satch. A great tune and it makes me hungry for barbecue. (Then again, most things do.)
* Three songs from Introducing Wiley & The Checkmates. More on that one next month.
at September 14, 2009