A version of this was published in The Santa Fe New Mexican
September 18, 2009 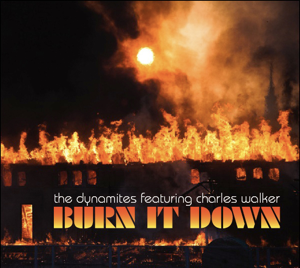 Here's one to file under "weird science."

A few weeks ago I got an advance copy of the new album by The Dynamites featuring Charles Walker. I'd been looking forward to this release, because I truly enjoyed this band's first album, which came out a couple of years ago. So I took it out to my car and popped it in the CD player. From Leo Black's rasty little guitar lick that kicks off the title song to the end, I was happy.

The next day I drove to Albuquerque. After a couple of stops, I decided to play the CD again. I reached down to my little plastic CD box to grab my copy only to experience a startling discovery. The jewel box was warped. It had melted — both the clear plastic part and the black plastic part. I keep CDs in my car all the time, winter and summer, and this has never happened before (or since).

Here's the good news. Somehow, by the grace of the music gods, the CD was unscathed. To my relief, the funk flowed fine in my car stereo.

Oh yeah, the title of this CD is Burn It Down. Yikes! I'm just happy that The Dynamite's first album, Kaboom!, didn't explode in my car back in 2007.

Burn It Down is a hot time. Walker is a soul shouter from Nashville — that's right, not Memphis — whose career goes back more than 40 years. (I'm not sure why they don't just call the band "Charles Walker & The Dynamites," but the group didn't ask for my opinion.)

The music goes down the same path as Kaboom! does — tight, horn-heavy, gritty Southern soul. Sure, the sound recalls the heyday of funky soul, but this is no nostalgia trip. The songs are new and original, and the lyrics, while mainly dealing with the time-honored themes of love and heartache, make occasional reference to modern times. There's a shout-out to our first black president at the end of the title song.

Walker gets political on other songs, too. There's "Somebody's Got it Better," which deals with the gap between the rich and poor. Over riffs that sound like they're straight out of James Brown's "Super Bad," Walkers, "I know a man who works all night/Never gets home until the morning light/I know another man don't even have a job/Got so much money, must be breakin' the law. ... You can see it in the paper, see it in the news/Some people got the green, others got the blues."

On "It's a Sunny Day," Walker chides the doomsday prophets, presumably from all political sides. "It don't take much to get you down, there's no shortage of bad news. ... Turn off that TV, walk out that front door/Get out, it's a sunny day."

"Can't Have Enough," with its funky flute and wah-wah guitar, sounds like it could be from a blaxploitation movie. It would sound great alongside Marvin Gaye's "Trouble Man" or Curtis Mayfield's "Freddy's Dead." The lyrics warn against materialism and excess.

Another favorite is the jumping "The Third Degree," which features some tasty organ licks from either Charles Treadway or Tyrone Dickerson — the band's blessed with two fine keyboardists. And “The Real Deal,” which concludes the album is a duet between Walker and fellow Nashville soulster Shawna P.

So yes, I heartily recommend this album. Just don't leave it in your car. 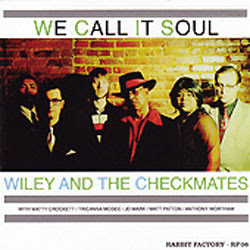 We Call It Soul by Wiley and The Checkmates. Like Charles Walker, Mississippi native Herbert Wiley is a veteran journeyman soul singer whose career goes back to the 1960s — although he also had a day job for a few decades, operating a cobbler shop in Oxford. Guess you could call that sole-to-soul. According to one interview, Wiley claims that, as a child, he worked on William Faulkner's shoes.

Wiley got back into the music game around 2004, rounding up a band with members who have played with a diverse group of musicians, including the late Fat Possum blues belter Paul "Wine" Jones and techno-rock outfit LCD Sound System. Wiley and his group released Introducing Wiley and The Checkmates in 2004.

The Checkmates tend to sound a little looser than The Dynamites do. And humor creeps into Wiley's music a little more often. The funniest here is definitely "I Don't Want No Funky Chicken." Wiley tells how his experience working on a chicken farm as a youth ruined his appetite for poultry as an adult.

One of my favorite tracks is a cover song — actually a medley of covers, Booker T. & The MG's "Hip Hug-Her" slinking around an upbeat take on Bobbie Gentry's "Ode to Billy Joe." I'm just a sucker for that song, though my favorite version is the irreverent one I saw the late Joe Tex perform on American Bandstand at least 40 years ago. (Tex played with the ending lyrics, "And me I spend all my time eatin' cold watermelon up on Choctaw Ridge/And I spit the seeds in the muddy waters off the Tallahatchie Bridge.")

Perhaps the highlight of this record is "I Did My Part," a dark minor-key song that slowly builds into an emotional storm with call-and-response vocals with Tricianna McGee and a crazy trumpet solo by Marc Franklin.

Listening to Wiley and The Checkmates along with The Dynamites featuring Charles Walker — not to mention Black Joe The Honeybears plus Sharon Jones and her Daptone label pals, it's easy to conclude that soul music is very much alive in the 21st century.
at September 18, 2009