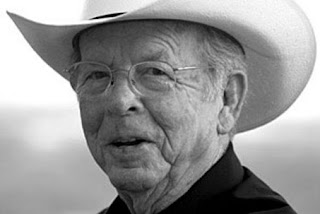 Charlie Louvin, who was part of one of country music's greatest duos, The Louvin Brothers, has stopped dreaming. He died early this morning following a long bout with pancreatic cancer. He was 83.

The Louvin Brothers were responsible for so many classic country hits it would be impossible to list them all. Some of my personal favorites were "Cash on the Barrelhead," "When I Stop Dreaming," "Satan is Real," "The Christian Life," and "Must You Throw Dirt in My Face."

Charlie was preceded in death by his brother Ira, who died in a car wreck in 1965.

I'll be playing a tribute to him this Friday night on The Santa Fe Opy, 10-midnight Mountain Time on KSFR, 101.1 Santa Fe. The show is webcast live HERE