A version of this was published in The Santa Fe New Mexican
January 21, 2011


Country-rock singer Shooter Jennings (son of Waylon and Jessi Colter) and Ohio writer Adam Sheets, whom I know through the No Depression website, have come up with a fun little idea that has a lot of people talking — at least in the weirder edges of the online musical communities that I’m part of.

Those listed on the website include Hank Williams III, Southern Culture on the Skids, Rev. Peyton’s Big Damn Band, and Rev. Horton Heat.

There are alt-country titans from the ’90s like Wilco and Whiskeytown; blues artists like T-Model Ford, Ten Foot Polecats, and Kenny Wayne Shepherd; contemporary honky-tonkers such as Wayne Hancock and Dale Watson, psychobillies like Tiger Army; retro soul like Black Joe Lewis & The Honeybears; psychedelic rangers like The Black Angels; a smattering of jam band favorites including Gov’t Mule, Robert Randolph, and Yonder Mountain String Band; and Dixie-fried metal like Alabama Thunderpussy.

Several acts I named on my 2010 Top 10 album list are there: Nick Curran & The Lowlifes, Legendary Shack Shakers, Drive-By Truckers, and Ray Wylie Hubbard. And most of the others probably ought to be there.

According to the Saving Country Music website, a handful of artists, besides Jennings, have endorsed the concept. These include Mojo Nixon, Scott H. Biram, Rhett Miller (of the Old 97s), Jason Isbell (former Drive-By Trucker), John Carter Cash (son of Johnny and June), and Riki Rachtman — yes, the former host of MTV’s Headbanger’s Ball.

It’s impossible to not get behind something that promotes so many musicians I like. Even so, I’ve got some quibbles. One is a semantic nitpick. It doesn’t seem that Jennings and Sheets are creating a new genre here.

As one of the participants at a recent “roundtable” podcast at Saving Country Music pointed out, T-Model Ford is still "blues," and Wayne Hancock is still "country." Nobody’s going to stop identifying them as such.

One guy at the roundtable, recalling the “grunge” genre, pointed out that Nirvana, Pearl Jam, and Soundgarden were all categorized as grunge but really didn’t sound much alike. I’d point out that one thing they all had in common was that none of them used the word "grunge" to describe themselves.

The pioneer days of "Americana": I remember the birth of the “Americana” radio format in the ’90s. At first it seemed exciting that a radio station would focus on the music of Merle Haggard, Gram Parsons, Butch Hancock, Dave Alvin, and The Waco Brothers.

But the format never really caught on in the commercial radio world.

Some folks at a panel discussion I attended at the SXSW festival in Austin in the mid-’90s worried that the “Americana” genre might become diluted by including folk singers, singer-songwriters, and others who have little to do with actual country music. In retrospect, that turned out to be the case.

And unfortunately, Americana has evolved into what I call “responsible adult music.” If I get a promo CD of a little-known singer who says, “I play Americana,” nine out of 10 times, I’m in for some lame-ass shit.

As Sheets wrote for the No Depression site, today’s Americana is “being made by and for middle-class liberals ...  the rough edges are being sanded down to make it easier for the politically correct NPR listeners to swallow. This is about embracing those rough edges, bringing country and Southern rock back to its original intended audience who don’t want to hear polished roots music anymore than they want to hear polished Nashville pop.” 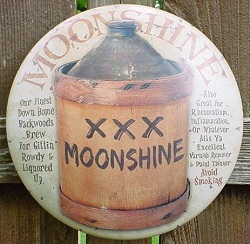