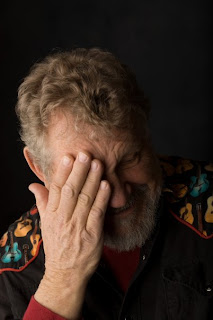 According to a mutual friend, Alan Akcoff, Butch, who was 72, fell while working on his home south of Santa Fe last week and hit his head on a rock.

According to his bio, which I've seen a couple of places on the Internet:

Butch grew up on the corner of Texas, Louisiana, and the Gulf Of Mexico (Pt. Arthur, Tex.). He considers himself lucky to have spent his formative years in a time and place that had big cars, cheap gasoline, young Rock and Roll, classic Country, timeless Cajun music, and rules.

Butch moved to Santa Fe in the late 80s. He was a mainstay at places like El Farol for years.

Here's what Alan said about him on his own blog a few years ago:

It ain't a perfect world folks but you'll feel better about it after you listen to Butch sing about it all with compassion and humor. After all these years and all the things life has thrown his way Butch still has that magic sparkle in his eye and his gravelly whiskey baritone just gets more soulful with every passing season. Go have a couple of beers and listen to Butch. I bet before long you'll be smilling through the tears.

Apparently Butch had just moved back to New Mexico having lived in Colorado in recent years. I hadn't seen him in several years.

Some of his songs can be heard on his Myspace page.