(This show was prerecorded)
OPENING THEME: Let it Out (Let it All Hang Out) by The Hombres
Dive by L7
Mr. Big Hat by The McCool Whips
Suicide Cat by Pong
Your Pretty Face is Going to Hell by Iggy & The Stooges
Nobody to Love by The 13th Floor Elevators
Maelstrom by Rocket From the Crypt
Four O'Clocker by Thinking Fellers Union Local 282
I Pity the Man by The Hickoids
Draggin' the Line by Tommy James & The Shondells 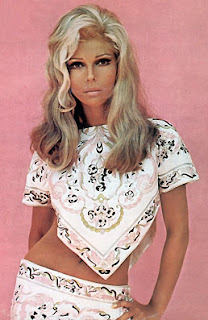 Prisoner of The Tiki Room by Mojo Nixon
The Trip by Donovan
Done Got Old by Robert Belfour
No Chance by Houndog
Between the Ditches by The Rev. Peyton's Big Damn Band
Long Black Veil by The Walkabouts
The Port of Amsterdam by David Bowie