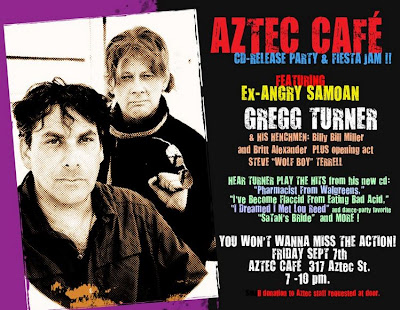 As the poster says, "You won't wanna miss the action."

And as an added bonus, I'll be opening the festivities, making one of my infrequent unintentionally hilarious attempts to impersonate a musician.

I'll be there. Will you?

UPDATE: In the original version of this, I listed Britt Alexander as "Britt Hume." My deepest apologies to both Britts.
at September 04, 2012