A bunch of Santa Fe musicians are putting on a free benefit concert Sunday in hopes of raising contributions to aid victims of Hurricane Sandy on the East Coast.

There's no cover, but all donations with go to The Red Cross' Hurricane Sandy Relief .

The show is being organized by Arne Bey, Eric Davis and Ray Dera along with The Cowgirl Barbeque, KBAC, and The Santa Fe Reporter .

And speaking of Hurricane Sandy, one victim is one of my favorite record companies in the Universe.

If you've ever listened to Terrell's Sound World and The Big Enchilada podcast, then you've heard a lot of music from Norton. (Hell, I nearly forgot I've played a lot from  Norton albums by Charlie Feathers and Hasil Adkins on The Santa Fe Opry too.)

Norton's warehouse in Brooklyn was hit bad by Sandy. (See video below.) 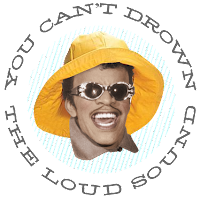 For the first time in Norton's history, we are asking for your help. It has been entirely against our policy and nature to ask anyone for anything, in the entire history of our magazine and label. It hurts us to even suggest that any of you who have supported the label and our artists by purchasing Norton records over the years, to support us over and above with a donation ...

For more information go to Nortonville and to donate go HERE