TERRELL'S TUNEUP: The Party Still Ain't Over For Wanda 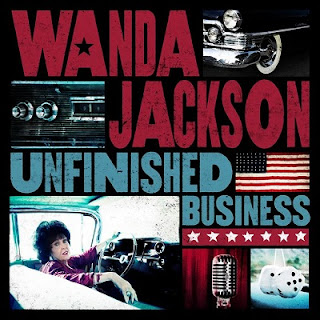 There certainly hasn’t been the big buzz around rockabilly queen Wanda Jackson’s new album, Unfinished Business, that there was surrounding her previous effort, The Party Ain’t Over, which was released nearly two years ago.

There’s debate among Jackson fans about which one is better. Newcomers to the cult of Wanda tend to side with Party, produced by former White Stripe Jack White, while older fans and traditionalists seem to like the new one.

A cynic might say it’s the trendies versus the I-knew-Wanda-when-Wanda-wasn’t-cool crowd.

Despite a few clunkers on the new album, I guess I’d have to side with the latter group. I have to admit that the The Party Ain’t Over is a more exciting record — though, as I said when I reviewed it in 2011, the production is so heavy-handed that it feels more like a White album than it does a Wanda record. Jackson sounds like a side musician on some of the songs, though I still believe that White’s over-the-top technique works on some tracks, especially on the Bob Dylan cover “Thunder on the Mountain.”

Unfinished Business’ producer, Justin Townes Earle (Steve Earle’s baby boy), avoids most of White’s pitfalls. While the album lacks the pizazz of its predecessor, it’s a solid work. And most important, the spotlight is rightfully on Jackson throughout.

The best songs on the new album are those in which Jackson sings the type of tune that made people love her in the first place in the late ’50s and early ’60s.

The first cut is a nice bluesy Freddie King song called “Tore Down.” That’s followed by another tough blues number, “The Graveyard Shift,” written by none other than Steve Earle. Things slow down for the sweet honky-tonk weeper “Am I Even a Memory?” which Jackson sings as a duet with her new producer. And she goes full-throttle honky-tonk with “What Do You Do When You’re Lonesome?” which sounds like a long-lost Ray Price song, though it was written by Justin Earle.

Jackson has always done impressive gospel songs, so it shouldn’t be a big surprise that she truly shines on “Two Hands.” The surprise is that a song this joyful was written by the late Texas troubadour Townes Van Zandt.

But I did say there were some clunkers?

Jackson’s take on “It’s All Over Now,” a Bobby Womack tune made famous by the Rolling Stones, isn’t bad, but she doesn’t add much to it. “Pushover,” an obscure Etta James tune, sounds like an unconvincing attempt to recreate the girl-group sound from the early ’60s.

Also disappointing is Jackson’s version of “California Stars.” This is one of those unfinished Woody Guthrie songs that Wilco and Billy Bragg worked up for their Mermaid Avenue project in the late ’90s. It’s a beautiful song, but Jackson just doesn’t sound like she’s that interested in it.

But despite these lesser cuts, it’s amazing that a singer in her mid-70s not only sounds so good but so vital.
^ 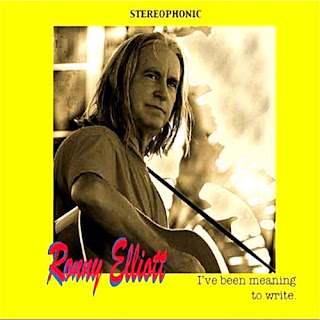 ▼ I’ve Been Meaning to Write by Ronny Elliott. It took the state of Florida a long time to count its ballots, and it took a long time for Tampa hillbilly rocker Elliott to come out with a new album.

It’s been five years since his last album, Jalopypaint. So I’m glad he finally got around to “writing.”

Like Elliott’s best work, the new record is full of sad, soulful, and frequently nostalgic songs peppered with the singer’s wry humor. Elliott has apparently experienced some heartaches, and that comes out in his music.

“I’ve had a couple of women rip my heart out in the last few years,” Elliott recently blogged. “Friends and strangers like to tell me, ‘Hey, at least you got some songs out of it.’ I don’t need songs. I was happier with a heart.”

But there’s a lot of heart in his new songs — like the opening tune, “My Blood Is Too Red,” a remembrance of a lost love.

“She was some form of magic, mythical child bride/I walked on hot coals to stand by her side/She taught me grand lessons while I was still grievin’/Then she filed applications and talked about leavin’.”

Even better is the dark and bitter “A Doctor and a Lawyer,” which is about “a soulmate who had no soul.” Elliott sings, “She wanted new stories to tell, and she got ’em/She took an old man’s love and made him older/Sleepin’ her way to the bottom.”

Then there’s “Women Leave,” a recitation of a poem — just Elliott’s voice, no musical accompaniment. “History’s built on heartache in a golden age of crime and everything I’ve lost, I bereave,” Elliot says.

Here, in a song titled “Handsome Harry the Hipster,” he tells the tale of piano player and rock ’n’ roll forefather Harry “The Hipster” Gibson.

“In the ’40s, Harry began pumpin’ up the rhythm, and tearin’ up the keyboards,” Elliot drawls. “With rollicking songs like ‘Handsome Harry the Hipster’ and ‘Get Your Juices at the Deuces,’ he was bringing hip Manhattan its first taste of rock ’n’ roll.”

But, as Elliott says, after Gibson’s 1947 novelty song, “Who Put the Benzedrine in Mrs. Murphy’s Ovaltine,” Gibson got blacklisted by the music biz because of the song’s drug references. His drug use in real life added to his decline. He tried to remake himself as a rocker in the 1970s, but his career went nowhere.

Suffering from heart disease, he committed suicide in 1991. It’s obvious that Elliott loved Gibson’s rebel spirit as well as his music but has no illusions about the self-destructive urges that did Gibson in. “Fall down, Harry Hipster, fall down hippie boy/You got the rhythm in your soul, a joint in your pocket, and a square music business to destroy,” Elliott laments in the final chorus.

I hate to spoil a surprise, but the unlisted, hidden track at the end of the album is a rocking cover of the old Brenda Lee hit, “Fool Number One.”

BLOG BONUS: Enjoy some videos. (Watch for Ron Jeremy cameo in this first one.)


Here's an old song in which Ronny Elliott shows his talent as a rock 'n' roll biographer.

And here's Harry "The Hipster" Gibson