TERRELL'S TUNEUP: Some Soul to Warm Your Winter 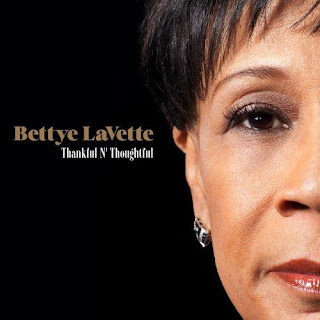 She’s been in the show-biz game since the 1960s, but stardom elluded her. By the ’90s, she had established a fan base in Europe and was beginning to amass a cult following in the U.S.

Then in 2005, with the release of I’ve Got My Own Hell to Raise (in which she covered songs by Lucinda Williams, Sinéad O’Connor, Dolly Parton, and Joan Armatrading), LaVette finally began receiving the recognition she long deserved.

At the age of 66, she’s a soul star. And she’s not showing any signs of slowing down. Sometimes her voice is full of sex and fire. Sometimes it’s a voice of weary wisdom. It’s a voice that will not be ignored.

LaVette is an interpreter, not a writer. But there’s no question that she puts her own stamp on the songs she covers. And in Thankful N’ Thoughtful, she and producer Craig Street came up with some material for LaVette to transform. Here she performs songs by some of the most venerated veteran songwriters around — Bob Dylan, Tom Waits, and Neil Young — as well as some surprising new interpretations of tunes by more contemporary artists like The Black Keys and Gnarls Barkley.

The album begins with a swampy take on Dylan’s “Everything Is Broken.” It is one of the best songs on Dylan’s 1989 album Oh Mercy. But LaVette makes it sound as if it were written especially for her. As she does with other songs here, she takes liberties with the lyrics — instead of “broken voices on broken phones,” her “broken voices” are singing “broken songs.” She even sneaks in an obscenity that isn’t in Dylan’s original. And by the end of the track, she’s shouting “Oh Lord! Oh Lord!” pleading in desperation for divine intervention before her whole world breaks.

She turns Young’s “Everyone Knows This Is Nowhere” from a country-rock romp into a soulful meditation on frustration and nostalgic yearning. She does Gnarls Barkley’s “Crazy” as if it were an Al Green song. And, for the title song, she takes a little-known gem from Sly and The Family Stone’s 1973 album Fresh and turns it into a sacred affirmation.

The best song on this album is so good, there are two versions. I’m talking about “Dirty Old Town,” a tune written by British folk singer Ewan MacColl, but probably better known for its version by The Pogues. (Pixies singer Frank Black did a good rockabilly-tinged version a few years ago, too.) There’s a funky four-minute slow-groove take and an even slower seven-minute version. LaVette recently told The Washington Post that she prefers the long version. “I liked the one that sounded like a funeral dirge, because the song is about a city that’s dying.”

LaVette changed some of the lyrics to make the song about her childhood home of Detroit instead of a town in England. In the second verse, she adds a little crime action. Cats “prowling their beat” as MacColl and The Pogues have it, become cops patrolling in LaVette’s version. And then, “A shot rang out, and that changed it all.” And in the earlier renditions, the singer dreams of taking “A big sharp ax/Shining steel tempered in the fire” and chopping down the dirty old town like “an old dead tree.” But LaVette turns it around, singing that the town took the ax and tried to chop her down.

“But they couldn’t,” she snorts defiantly. 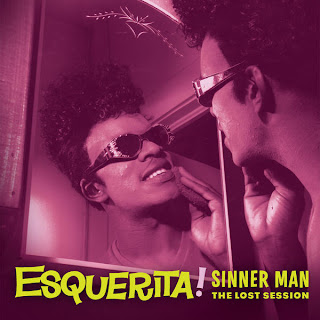 * Sinner Man: The Lost Session by Esquerita. Perhaps you haven’t heard of Eskew Reeder Jr., better known by his loving cult as “Esquerita.” Like Bettye LaVette, he started out decades ago — the 1950s, in his case — but never got a break from the music industry.

He actually got signed to Capitol Records in the ’50s — allegedly to be Capitol’s answer to Little Richard. But he never caught fire.

Dan Epstein explained it best years ago on eMusic: “A one-eyed, six-and-a-half-foot transvestite who [claimed to have] taught Little Richard how to play piano (and copied Richard’s mile-high pompadour in return), the late Esquerita was simply too ‘out there’ for mass consumption during the Eisenhower era.”

Well, he’s got a point. But I’d argue that Little Richard’s look and sound was just as crazy, and somehow he did make it big in the “I like Ike” days.

With fame and success passing him by, Esquerita’s career went into decline. Reportedly by the ’80s he was working as a parking-lot attendant and at one point was spotted washing car windows for tips in Brooklyn. He died of AIDS in 1986.

Years ago, Norton Records — a label that specializes in wild, primitive rock ’n’ roll rarities — released an Esquerita collection called Vintage Voola. But to my ears, that compilation doesn’t have half the crazed energy of Sinner Man. This new album comes from sessions recorded in New York City in 1966. Esquerita sings and plays piano and organ, sometimes switching back and forth during the course of a song. He’s accompanied only by a drummer, whose name has been lost to history.

The fiery eight-minute title track, which opens the album (there’s also a shorter version later) should be required listening for any student of soul music. Inspired by Nina Simone’s take on the old spiritual, Esquerita pounds the piano as frantically as his drummer pounds the skins. He sings “Running to the Lord/He told me to go on to the devil” like someone who had just had that conversation a few minutes before. And when he sings “Went to the devil/The devil he was waiting,” you can almost smell the brimstone.

This is definitely a case of saving the best for the first. But all the subsequent songs are loaded with fun. Esquerita plays around with some of the standards of the day — “On Broadway,” “C.C. Rider,” and the blues classic “Nobody Knows You When You’re Down and Out.”

But more interesting are some of the more obscure songs like “Letter Full of Tears,” a song by Gladys Knight & The Pips, and “Leave Me Alone,” recorded by a little-known singer called Baby Washington. Both of the originals are far more sedate and sweetened by strings. Esquerita, with his frantic, bare-boned approach, goes straight to the raw nucleus of these songs.

This is powerful music from an artist who deserved much better out of life.